The Croods defeats G.I. Joe at the UK box office 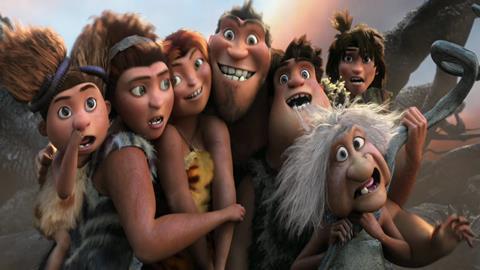 In spite of strong competition from G.I. Joe: Retaliation, The Croods retained top spot at the UK box office for the second consecutive week over the Easter weekend.

That result is up on the $2.6m (£1.7m) debut of G.I. Joe: The Rise of Cobra from slightly more sites (442), although it’s worth noting that Cobra’s opening came from four days compared to Retaliation’s five days.

Holding well in its second weekend was Warner Bros’ Jack the Giant Slayer as it added $1.9m (£1.2m) to chart third.

For Universal,Identity Thief laughed its way to a further $1.2m (£767,000) for $4.5m (£2.9m) after ten days in play. It still has some way to go before matching director Seth Gordon’s previous UK outings, Four Christmases and Horrible Bosses, both of which took over £10m.