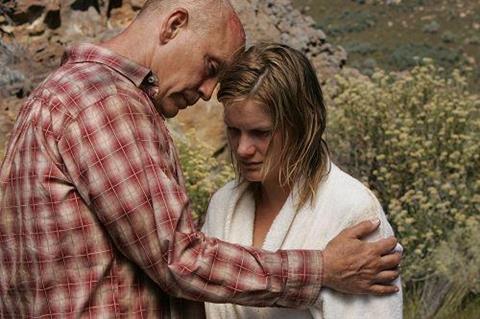 J.M. Coetzee’s award-winning novelDisgraceoffered a disturbing insight into the soul of modern South Africa. Steve Jacobs’ respectful adaptation brings an intelligent restraint to bear on complex issues, creating a thoughtful,sensitively handled drama that should not disappoint the book’s many readers.

Critical support should help to position this as an accessible prestige release. Like recent Philip Roth adaptations The Human Stain (2003) and Elegy (2008), Disgrace uses the story of one man’s downfall to reflect wider issues within a particular society. Disgrace does a better job than either of those films at exploring the connections between the personal and the political in a country under transition.

Despite a somewhat uncertain South African accent, John Malkovich gives an otherwise believable performance as David Lurie, a womanising fiftysomething Cape Town professor. A reckless affair with a student leads to his dismissal. He subsequently decides to visit his lesbian daughter Lucy (Jessica Haines) at a remote farm in the eastern Cape that she shares with trusted black worker Petrus (Eriq Ebouaney).

Father and daughter are a study in contrasts. Lucy is forward-looking and pragmatic, responding to the world by seeking reconciliation and offering atonement. David is old-fashioned and pig-headed, adopting positions of righteous anger and taking the moral high ground. When they are savagely attacked by three black youths, David is finally forced to confront the realities of living in a South Africa where the old rules no longer apply and the balance of power has shifted forever.

Anna Maria Monticelli’s screenplay adaptation subtly traces the conflicts between races, genders and different generations. She retains Coetzee’s fascination with dogs and what their ownership or destruction seems to convey about a society that seems destined to become a dog eat dog one.

Malkovich’s Lurie is a product of his time and his male instincts but despite his actions he remains a sympathetic figure. We know he is something of a dinosaur yet we identify with his desire for order and the rule of law as well as the contradictions he voices about love, desire and the workings of the human heart. He is a flawed and fallible character with just a hint of Burt Lancaster’s doomed count from The Leopard (1963). Jessica Haines matches him in the other main role, showing the resentments within her Lucy and her desire todo whatever it takes to build a new understanding that might be the basis for a better future.

In stressing that there is hope for the future, Steve Jacobs film finds a positive grace note to end a thought-provoking exploration of a man and a country as they struggle towards re-defining their identity and core beliefs.


Screenplay
Anna-Maria Monticelli
based on the novel by J. M. Coetze