Pablo Trapero spoke about the spontaneity of filmmaking at a masterclass at Ventana Sur on Tuesday. 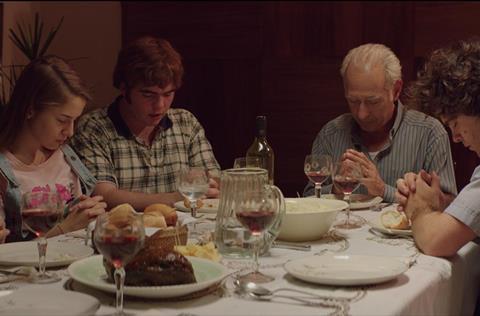 “You can shoot 15 times the same scene and every one is different,” the El Clan director said during a session at Cine Gaumont in his home town of Buenos Aires.

“The actors can say the words the same way but there’s a difference because maybe the reply is different and that’s why every shot is so different.”

In between entertaining remarks by The Measure Of A Man star Vincent Lindon, who shared the stage with Trapero and Cannes festival director Thierry Fremaux, Trapero elaborated on the theme of unpredictablity.

“There are some days when I want to shoot exactly what the script is and some days I want to let the actors go.

“Everything I shoot always happens the opposite to how I want it to happen.”

Trapero’s El Clan, about the true-life kidnap and murder ring run in the 1980s by the middle-class Puccio family, is Argentina’s foreign-langage Oscar submission.

Lindon expressed solidarity with Trapero’s approach and confessed that as far as he was concerned, “There are no rules.”

The masterclass took place under the auspices of the Semana de Cine del Festival de Cannes.

The Ventana Sur sidebar includes a masterclass with Gaspar Noe on Wednesday and screenings of Love, The Lobster, Carol, The Measure Of A Man, Dheepan and Cannes Classics selection Pépé Le Moko.

The day before Argentina’s La Nacion published an interview with Fremaux in which the Frenchman spoke of the recent ISIS attacks in Paris.