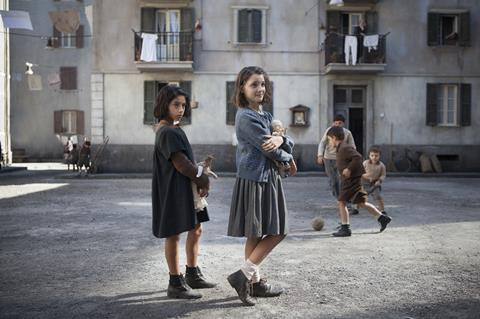 Fremantle has revealed a slew of international deals on My Brilliant Friend, selling the Elena Ferrante adaptation drama series to Canal+ for France, Sky Atlantic for the UK and other outlets for more than 50 territories.

Produced by US network HBO with Italy’s Rai Fiction and TIMvision and co-producer Umedia, the Italian-language series has also been placed with Canal+ for French-speaking Africa; HBO Europe for Scandinavia, Spain and Central and Eastern Europe; Quebecor Content for French-speaking Canada; VRT for Belgium; COSMOTE TV for Greece; RUV for Iceland; HOT for Israel; Cellcom tv for Israel; Manoto TV for the Middle East and North Africa; SVT for Sweden; Digiturk for Turkey; Foxtel for Australia; and TVNZ for New Zealand.

My Brilliant Friend, which received its world premiere at the Venice Film Festival, is based on the first of Ferrante novels about the 60-year relationship of Elena Greco and Raffaella Cerullo, who met in Naples in 1950.

Lorenzo Mieli and Mario Gianani of Wildside produced the series with Domenico Procacci for Fandango. Saverio Costanzo directed all eight episodes from screenplays he wrote with Ferrante, Francesco Piccolo and Laura Paolucci.

Paolo Sorrentino and Jennifer Schuur are the executive producers and Fremantle is the international distributor in association with Rai Com. The series will launch on HBO in the US on November 18.

Fremantle international CEO Jens Richter said: “Ever since we announced the adaptation of My Brilliant Friend, back in 2016, the reaction from both global press and buyers has been huge. This was evident when we held the world premiere at Venice last month, the response in the room was electrifying, everyone was on their feet for a 10-minute ovation.

”The drama features an amazing custom made-set of 1950’s Naples and a spectacular young cast, that brilliantly brings Ferrante’s iconic and powerful story to life. It’s a world-class drama that is set to transfix global audiences.”