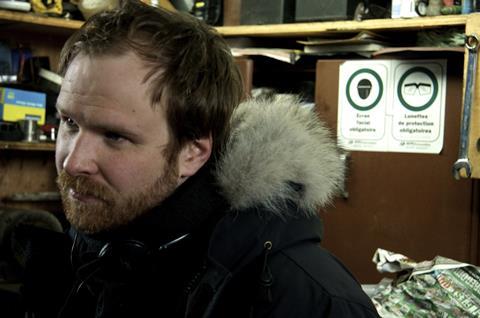 The title sets up a risky lob for a reviewer’s easy ironic smash, but in fact Stephane Lafleur’s follow-up to Continental: A Film Without Guns manages to avoid treading too much of a well-worn path in its study of a brother and sister’s winter of discontent in the frozen suburban wastes of Francophone Canada, and proves to be an obstinately memorable misfit fable.

One of the key elements of the film’s structural grace is the way seemingly innocuous and impressionistic details are woven into the plot later on.

Its structure is that of a very gradual thaw: from emotional shutdown and helplessness to bonding and empowerment, and from the sort of dour start that makes Atom Egoyan seem a merry old soul to what, north of the 49th parallel, must count as a happy ending.

Despite the film’s winningly deadpan sense of humour, magic realist forays and opening towards tenderness, this is still for long swathes a slow, wintery viewing experience that will challenge audiences and distributors. French cineastes should show up, if only for yet another chance to marvel at the bizarre dialect of their confreres across the pond, and resilient arthouse fans in other territories may follow suit. If Familiar Ground (En terrains connus) does find a small niche, it will be thanks to its two trump cards: graceful story development  and jaded but eventually triumphant faith in humanity.

Benoit (La Haye) and Maryse (Mallette, excellent) are two adult siblings who live on the ugly outskirts of some unnamed French Canadian town.  Benoit is an immature loser who has trouble starting snowmobiles, opening jars and turning on the central heating, and he still lives at home with their portly and acerbic father (Daigle). Maryse is married to down-to-earth, unromantic Alain (Marcel), and works in a cardboard factory where one day she witnesses on the shopfloor, from her glassed-in office, the first of three accidents which cadence the film and provide its chapter headings (Accident #1, etc).

The couple live in the kind of run-down suburban bungalow that, but for the thick layer of snow outside, might be somewhere in the US Midwest. There’s a digger outside, blocking the view, with a ‘For Sale’ sign on it. Benoit, meanwhile, is carrying on a desultory affair with a divorced woman (Lemoine) whose son hates him. One day, while failing to clear the ice from the drive, he receives a visit from ‘a man from from the future’ (Houle). Not very far in the future, the man tells him modestly: just a few months hence.

One of the key elements of the film’s structural grace is the way seemingly innocuous and impressionistic details - like Benoit’s metal-detector discovery of a toy car in the snow in the film’s opening scene - are woven into the plot later on. This mirrors a theme that Lafleur explores explicitly through the ‘accident’ structure: how far are accidents really that, and how much are they part of some pattern? But even this spiritual dimension is dealt with lightly, at times ironically: a good example is the decision to set the final scene to a two parts moving, one part absurd Christmas song by the Red Army Choir, which counterpoints and partly undermines its pretensions to Capra-style miracle-working.

Visually Lafleur and his cinematographer Sara Mishara create a striking winterscape, a frozen land miles from the Yuletide clichés, in which nature is reduced to a snowy expanse invaded by random concrete shells, lonely council houses and isolated shopping malls. The director’s a little too fond of the significant zoom - something that jars given the film’s otherwise detached look and feel. But that’s just a blip in a very controlled and confident second feature.