Baftas 2019: which titles are in the running for outstanding British film?

Who will be nominated in Bafta’s most fascinating category? Screen looks at the homegrown contenders most likely to pick up a nomination. 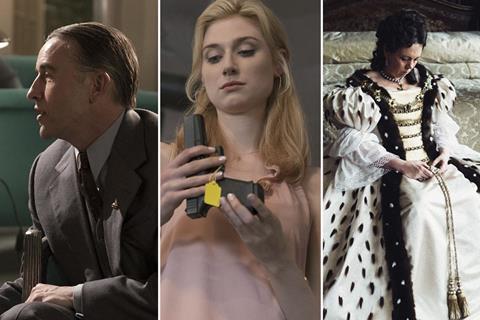 The process that determines the nominees for the Bafta for outstanding British film — combining the votes of members with those of a special jury — always makes this category one that invites the most fevered speculation.

Last year, the nominees were Darkest Hour, Three Billboards Outside Ebbing, Missouri and Paddington 2 (presumed to have topped the members’ vote) plus The Death Of Stalin, Lady Macbeth and God’s Own Country (presumed to be the jury’s choices).

This year, among the category submissions, there is a profusion of big-budget US studio titles: Mamma Mia! Here We Go Again, Fantastic Beasts: The Crimes Of Grindelwald, Bohemian Rhapsody and Mary Poppins Returns as well as the big Netflix titles, Outlaw King and Mowgli: Legend Of The Jungle, that all qualify as British.

The original Mamma Mia! earned a nomination in the category in 2009, as did Fantastic Beasts And Where To Find Them in 2017. There is buzz on Bohemian Rhapsody, but more for Rami Malek’s performance as Freddie Mercury, so perhaps Mary Poppins Returns has the best chance among these big hitters to carry sway with Bafta voters.

Achieved on a more mid-level bud­getary scale, but all high-profile titles nonetheless, are three front-runners in the category: Yorgos Lanthimos’s The Favourite, Steve McQueen’s Widows and Jon S Baird’s Stan & Ollie. Then there is The Wife, for which Glenn Close is a strong contender for the best actress prize — will voter love extend to the film itself?

Films based on novels by Ian McEwan (The Children Act, On Chesil Beach) and Sarah Waters (The Little Stranger), plus biographical dramas about famous writers (Colette and Oscar Wilde story The Happy Prince) are all obvious Bafta-bait, but the category already looks quite crowded without any of these contenders.

The joker in the pack remains Kenneth Branagh’s All Is True, in which Branagh stars as William Shakespeare in his twilight years — little was known about this film until Sony Pictures Classics announced its acquisition in late October. Branagh raced to have the film ready in time to show voters, as well as to make the December 21 US release date.

All featured significantly among the British Independent Film Awards’ nominations — but clearly there are too many of them to all fit in this Bafta category.

There are also a few strong documentary contenders in the category this year, notably McQueen, Three Identical Strangers and Under The Wire — but these films might have better luck in the outstanding debut category where they will presumably face competition from the likes of Beast and Apostasy. All will be revealed when the Bafta nominations announce on January 9.