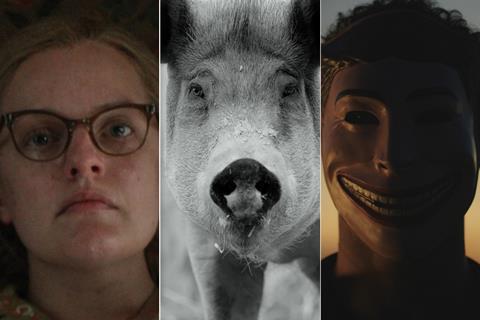 Dir: Camilo Restrepo
Restrepo offers his feature debut having made three shorts that premiered variously at Locarno (Impression Of A War, 2015 and Cilaos, 2016) and Directors’ Fortnight at Cannes (La Bouche, 2017). The story takes place in the Colombian city of Medellin, where a man flees a religious sect and finds work at a T-shirt factory as his past returns to haunt him. Luis Felipe Lozano and Fernando Usaga Higuita star in the drama from Montanero Cine and Mutokino, which shot in Medellin in 2018.
Contact: Martin Gondre, Best Friend Forever

Dir: Tim Sutton
This is Sutton’s first time at the Berlinale, after debuts at SXSW, Venice, Sundance and Toronto on his four previous features. He brings the story of a young man who dons a mask and seeks vengeance on the world after his grandparents’ home is knocked down by a real-estate developer. The cast is led by Lady Macbeth breakout Cosmo Jarvis, alongside Jonny Lee Miller, Victor Garber and Rhea Perlman. Producers Yellow Bear previously made Nathan Silver’s 2017 comedy Thirst Street.
Contact: Film Constellation

Dir: Victor Kossakovsky
Russian filmmaker Kossakovsky follows his 2018 Venice selection Aquarela with this more intimate documentary portrait of the lives of farm animals that are destined for the dinner table. He follows the titular pig, two cows and a chicken to remind the audience of the value of all lives. The film was pitched at IDFA 2017 under the title Krogufant. Anita Rehoff Larsen, who worked with the director on 2015’s Varicella, produces for Sant & Usant.
Contact: Cinephil

Kill It And Leave This Town (Pol)

Dir: Mariusz Wilczynski
This animation is the debut feature of Polish director Wilczynski, who has an extensive shorts career dating back to 2004. It follows a man who, after losing those dearest to him, hides in a land of memories where they are still alive. The voice cast includes Polish talent Krystyna Janda, Andrzej Chyra, Maja Ostaszewska and Malgorzata Kozuchowska. Ida and Cold War’s Ewa Puszczynska produces for Extreme Emotions with Agnieszka Scibior for Bombonierka.
Contact: Agnieszka Scibior, Bombonierka 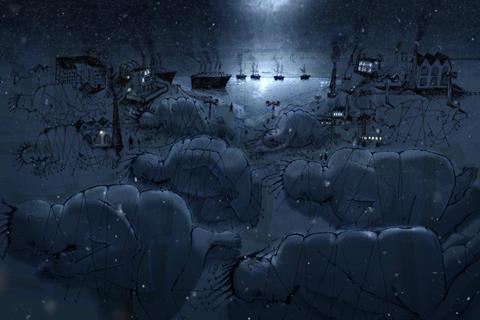 ‘Kill It And Leave This Town’

Dir: Cristi Puiu
Known as the godfather of Romania’s New Wave, Puiu returns to Berlin to open the new Encounters strand, 16 years after winning a Golden Bear for best short with Cigarettes And Coffee. His latest feature is a 200-minute period drama in which an elite group of individuals converge on a country estate and discuss topics including the Antichrist, progress and morality. Puiu wrote the script, inspired by 19th-century Russian philosopher Vladimir Solovyov’s text Three Conversations. The producer is Anca Puiu for Bucharest-based Mandragora.
Contact: Shellac

The Metamorphosis Of Birds (Por)

Dir: Catarina Vasconcelos
This drama-documentary hybrid marks the feature debut of Portuguese writer/director Vasconcelos. Inspired by her family, in particular her grandmother, it explores the relationship between a naval officer who spends long periods at sea and his wife, who raises their six children. Vasconcelos’s credits include Metaphor Or Sadness Inside Out, which was named best short at Cinema du Reel in 2014. She produces Metamorphosis with Pedro Fernandes Duarte and Joana Gusmao of Lisbon-based Primeira Idade.
Contact: Ana Isabel Strindberg, Portugal Film

Dir: Melanie Waelde
Bavaria-born Waelde makes her feature debut with this coming-of-age story, centred on five youngsters in a German province. The posse enjoy one final winter together, knowing they will go their separate ways when they graduate from high school. The producer is Anja Wedell for the German arm of Czar Film, the production company behind features such as Milcho Manchevski’s Bikini Moon and Jason B Kohl’s New Money.
Contact: Media Luna New Films

Dirs: Alexander Kluge, Khavn
Veteran German filmmaker Kluge reunites with the Philippines’ writer/director Khavn following their collaboration on 2018 documentary Happy Lamento. This feature claims to reinvent the myth of Orpheus and Eurydice as a rock musical set in a grotesque and surreal interpretation of today’s Manila. Starring Lilith Stangenberg and John Lloyd Cruz, it is produced by Germany’s Rapid Eye Movies. Kluge appeared in Competition in 1978 as one of the directors contributing to omnibus film Germany In Autumn.
Contact: Rapid Eye Movies 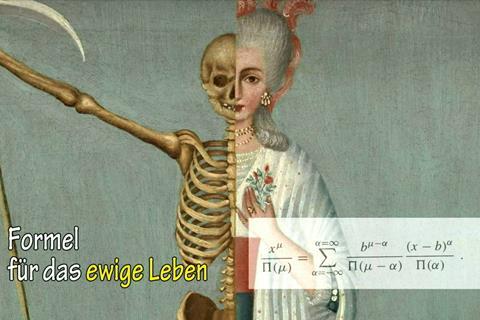 Dir: Ivan Ostrochovsky
After winning several festival awards with boxing drama Goat, which played in the Berlinale’s Panorama in 2015, Czech filmmaker Ostrochovsky returns with this 1980s-set drama. It follows two young men who enter a Roman Catholic seminary to escape the influence of the Communist regime only to discover it too has infiltrated the establishment. Previously titled The Disciple, the script was written by Ostrochovsky with Marek Lescak (Goat) and Rebecca Lenkiewicz (Ida, Disobedience, Colette). Ostrochovsky co-directed documentary Velvet Terrorists, which won an award at Berlin in 2013.
Contact: Arnaud Godart, Loco Films

The Shepherdess And The Seven Songs (India)

Dir: Pushpendra Singh
Following his debut feature The Honour Keeper (Forum, 2014), Singh returns to the Berlinale with a film about a newlywed nomadic shepherdess who decides to renounce her family life when her cowardly husband fails to act against the regular harassment from powerful men. Set in the conflict zone of Kashmir, the Gojri-language film is told in seven chapters with seven songs. Gulab Singh Tanwar of Saarthie Entertainment serves as main producer. Singh’s credits also include Ashwatthama and documentary Pearl Of The Desert, which played in Busan 2017’s New Currents and IDFA 2019 respectively.
Contact: Saarthie Entertainment

The Trouble With Being Born (Austria-Ger)

Dir: Sandra Wollner
Austria’s Wollner returns with her second feature following The Impossible Picture, which won a prize for best international debut at Göteborg in 2017. Her latest centres on a young-looking android who lives with a man she calls her father until she becomes compelled to set off into the woods one night. Jana McKinnon, who featured in The Impossible Picture, stars in the film, which is produced by Vienna-based Panama Film.
Contact: Cercamon

Dirs: CW Winter, Anders Edstrom
US-Swedish duo Winter and Edstrom follow up debut narrative feature The Anchorage (Locarno Filmmakers of the Present winner, 2009) with an eight-hour drama shot over a period of 14 months — a portrait in five seasons. In a remote Kyoto mountain village, Tayoko (Tayoko Shiojiri) mourns her elderly husband’s imminent death while coming to embrace what will be the first real freedom of her life. Winter (for General Asst) and Edstrom produce with Wang Yue, alongside the UK’s Silver Salt Films and Hong Kong’s Lumieria Pictures.
Contact: General Asst