Screen critics recommend the top films at this year’s Berlinale. 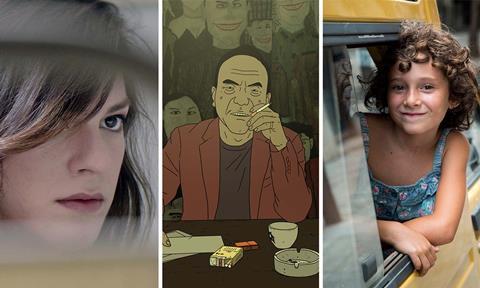 Our critic said: “Driven by a powerhouse performance by mesmerising transgender actress Vega, the fifth feature from Sebastián Lelio combines urgent naturalism with occasional flickers of fantasy to impressive, and wrenchingly emotional effect.”

Our critic said: “Liu Jian’s stunning animation is both a visceral thriller and astute political statement about China’s place in the modern world.”

Our critic said: “Entered in the Berlinale’s Generation Kplus sidebar but winner of the festival’s overall best first feature award, Catalan director Carla Simon’s debut is both tender and determined as it relates a tale of a young orphan trying to fit in with a new family.”

Our critic said: “All the familiar Kaurismaki trademarks are here in this story of a Syrian refugee in Helsinki, be it the dry, laconic humor, the spare unadorned images,  the old-fashioned tuners sprinkled all through the picture and even a brief guest performance by his favorite star, Kati Outinen.”

Our critic said: “While ostensibly decidedly mainstream – or at least, affecting a mainstream guise – The Party is a crisp, energetic, highly compact  (at 71 minutes) comedy, and the most enjoyable film yet from a director whose conceptual seriousness has often seemed daunting.”

Our critic said: “Set entirely in a Damascus apartment under siege from a world in conflict, this tautly-constructed, intensely claustrophobic drama offers a sometimes nerve-shredding depiction of what happens when conflict impinges on domestic space.”

Our critic said: “It’s a breathlessly tense piece of work, which suggests that Gigineishvili is developing into a talent to watch in the arthouse circuit.”

Our critic said: “With its nervy, caffeinated camerawork; saturated palette of dayglo and neon, stylised violence and the good-girl-gone-bad trajectory, this feels like an adrenalised blend of Celine Sciamma’s Girlhood, Thelma And Louise and just a touch of Tank Girl.”

Our critic said: “This depiction of the Mexican singer Chavela Vargas’ chequered life turns out intensely celebratory, and will send fans and newcomers alike rushing to the back catalogue of a great vocalist.”

Our critic said: “The full horrors of life in modern Mexico are revealed in Devil’s Freedom (La Libertad del diablo), a gripping documentary filled with vivid eye-witness testimony from a country where violence is commonplace, corruption is endemic and life is so cheap that it can be terminated for as little as ten dollars.”

Our critic said: “Daniel Borgman’s slow no-budget hybrid plays like a documentary as it explores the subtle rhythms of attachment and the fear of loss.”