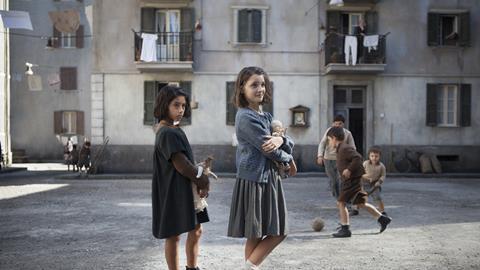 Emmys 2019: how authenticity was key to unlocking 'My Brilliant Friend'

While the language of love (and friendship) is often touted as universal, for the makers of My Brilliant Friend, much of the language spoken on screen proved quite the opposite.

Using an Italian dialect that few people understand was one of the challenges facing the small-screen adaptation of the first novel in a multi-million-selling quartet by Elena Ferrante; another was constructing an entire neighbourhood.

The first series — a Wildside-Fandango production for HBO, Rai Fiction and TIMVISION — was directed by Saverio Costanzo, who co-wrote the script with Laura Paolucci and Francesco Piccolo in consultation with Ferrante.

The story follows the lives of two girls, Elena ‘Lenu’ Greco and Raffaella ‘Lila’ Cerullo, from childhood to adulthood, as they grow up in a poverty-stricken post-Second World War suburb of Naples. 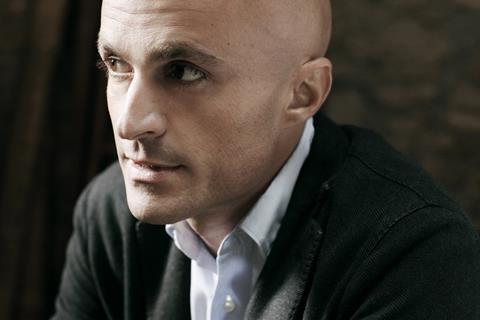 “We needed to be able to recreate the feeling the author knows — she has really been a part of that world — and describe it with faces and bodies and languages,” says Lorenzo Mieli, who produced the show alongside Wildside colleague Mario Gianani and Fandango’s Domenico Procacci, in co-production with Umedia. Paolo Sorrentino (Loro, The Young Pope) serves as one of the projects’s executive producers.

“The Neopolitan dialect is a part of the story because in their world at the time almost nobody could speak Italian,” Mieli explains of the language spoken by the cast, which helps to give a real sense of being immersed in Naples just after the war.

Although the dialogue of the book is all in modern Italian, Mieli says that changing it was a creative choice. “We thought we needed to speak the real Neopolitan dialect of the 1950s, which is very different from now.”

The scripts were originally honed in Italian before being translated into historically accurate dialect for the cast. The production team hired a language scholar and historian, and Ferrante herself was on the end of an email during the shoot to offer advice and notes. She would, for example, point out occasions when a word or phrasing used would be too modern or inaccurate.

It was a risky decision, particularly for Italian audiences. Outside of Italy, everyone would need to watch the show with subtitles, whether it was from Italian or translated Neopolitan dialect. “But in Italy we were going to be on the number one free-to-air Italian channel, Rai Uno, with a broad audience,” Mieli notes.

Rai Uno agreed the show should air in Italy with subtitles, a first for an Italian production.

“Thankfully we had incredible success with [audience] numbers,” says Mieli. “It made everybody feel that the authenticity process we were focused on paid off.”

Creating and resolving the language issue threw up another hurdle: casting the show. It ended up being a long process, with Costanzo hosting thousands of auditions for the key roles.

“We had to find only actors — professional, non-professional — who were real Neopolitans,” Mieli says. “And the scope of the casting was broad — we needed to find younger and older kids. That was really challenging.”

“For this [production] it didn’t matter that you can build sets and adapt the book — if you couldn’t find the right two girls who could embody and have enough talent to play such great and complex characters, then really you’re in a mess,” he continues.

Costanzo got his eureka moment but only after an exhaustive search, deciding on two girls — Margherita Mazzucco (who plays the teenage Lenu) and Gaia Girace (teenage Lila) — he had met early in the process.

“Costanzo chose them instinctively,” says Mieli. “When he met each of them, he said, ‘It’s her.’ And he never changed his mind, he was so sure.”

A big part of staying faithful to Ferrante’s work was realising the set, locations and look of a post-Second World War neighbourhood on the edge of Naples.

The production scouted a location just outside Naples, and rebuilt the entire poverty-stricken Rione neighbourhood from streets and buildings to squares and shops.

The scenes in Naples’ old town, palazzos and on the nearby island of Ischia were all shot on location. Even here, the changes have been so sweeping that the production was compelled to dress the locations to render it authentic.

“There [was] an obsession for the appearance of Rione, and to recreate the light and space and all the structure of the neighbourhood from the book,” Mieli says. “It was hard to find places that look authentically like 1940s, 1950s Naples. Everything from that time has been completely rebuilt, completely changed. That’s the main reason we decided to rebuild everything.”

It took four months to recreate the neighbourhood, even with the project working at a “hurried” pace led by production designer Giancarlo Basili.

“He did an incredible and fast job, both on the creative side but also the actual making of that,” says Mieli. “It was one of the biggest sets built in Europe. That was another big [relief] about what we achieved.”

The 24 weeks of shooting took place in Italy’s Campania region, with the local film commission playing a supportive role in everything from location scouting to legal and financial support.

My Brilliant Friend debuted on HBO in November 2018 and a second season — an adaptation of Ferrante’s next book in the series, The Story Of A New Name — was subsequently confirmed.

“Being so faithful to the books on one hand and so very strong stylistically in a way that Saverio [Costanzo] wanted to do was our biggest bet,” says Mieli. “[And it] played across a huge and broad audience. We showed that, for an Italian [and global] audience, as long as you make a strong show with strong narration then you can push the borders of what is popular, what is broad, what a large audience will watch.”