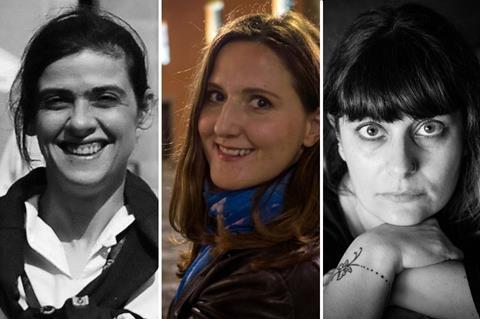 European female filmmakers who are set to be celebrated at the upcoming Sydney Film Festival (SFF) have revealed the challenges they continue to face and how they are joining forces to ensure their voices are heard.

Ten features will comprise the Europe! Voices Of Women In Film strand, a joint initiative between European Film Promotion (EFP) and SFF that has taken place annually since 2016 and provides a valuable path to international exposure, particularly for participants from those countries with limited official support for filmmakers.

“Unfortunately, we do not have any special initiatives to bring attention to female filmmakers in Georgia,” says Tbilisi-based director Rusudan Glurjidze, whose award-winning feature House Of Others was selected for SFF’s Europe! line-up in 2017.

Glurjidze says it has become essential for women in film to establish their own network to amplify their voice, a mission aided by the Europe! strand.

“It was a wonderful experience,” she recalls. “I met with interesting colleagues, and we discussed [how] to better understand key opportunities for women filmmakers. These people, and the time spent with them, shape you and define your future.”

Cypriot director Tonia Mishiali, whose drama Pause screened in the 2019 edition of Europe!, also outlines the importance of networking to her own career and other women in film.

“What is most crucial is networking with the right people,” says Mishiali, whose role as co-artistic director of Cyprus Film Days allows her to visit international markets, and who has been able to support other filmmakers as former vice president of the Directors Guild of Cyprus.

“Become a member of film networks such as the European Film Academy, the European Women’s Audiovisual Network and Berlinale Talents,” she advises.

“I have applied to prestigious film markets and workshops around the world, like the Berlinale, Mediterranean Film Institute and TorinoFilmLab, and am getting my projects developed through them,” she adds. “This has resulted in getting professional training and hands-on experience, gaining confidence and learning how to put yourself out there.”

In Kosovo, filmmakers can benefit from the country’s Cinematography Centre, whose international committee selects projects to receive production funding. But as the organisation contends with a relatively low budget, Kosovar filmmaker Blerta Basholli stresses the need for women in film to forge their own paths.

“It’s important that we take our own initiative,” says Basholli, whose Sundance award-winning feature Hive will screen in this year’s Europe! strand.

“Filmmakers sacrifice a lot to make their first feature but are unsure if they can do the same for a second one. You must be the engine for everything. My producer Yll Uka helped a lot and I went to a producers’ workshop to learn more about producing in the region, and I’ve been involved in every part of the process of the film.”

Forming a community with female filmmakers is crucial, Basholli adds. “While I was studying at New York University, Kosovar director Blerta Zeqiri made a short film [2012’s Kthimi] with almost no money, won an award at Sundance [short film jury prize] and travelled the world with it. That was so inspiring.

“I have since been supported by her and Kaltrina Krasniqi, who directed Vera Dreams Of The Sea, which screened in Venice. Each time they had a chance, [Zeqiri and Krasniqi] spoke about my film, and the support we needed from the state.”

Zeqiri’s The Marriage screened in the Europe! stand in 2018. 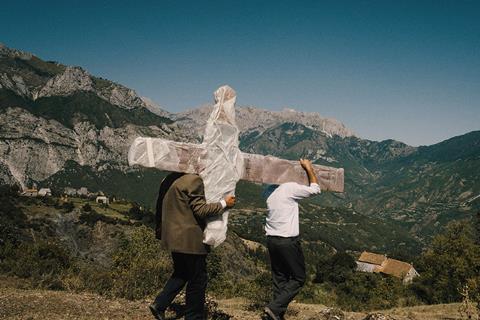 In Slovenia, support for female filmmakers has traditionally been lacking. A 2018 survey by the Slovenian Film Centre found that, between 1995 and 2017, 90% of the films within the national film programme were directed by men. However, things are changing.

“This includes mentorships and a monthly class, where experiences and skills are shared with colleagues.” But, she says, filmmakers “cannot become a member and benefit from the club before your first film is completed, which can take several years”.

Zidar adds that the lack of support for female filmmakers is a global problem. “There are two different issues here: having your first film produced and financed; and turning it into a sustainable career,” she states. “I think the economic position of women filmmakers is a key element thwarting our careers and should be given far greater attention.”

Europe! Voices of Women in Film will run from November 3-14.

How To Kill A Cloud (Fin-Den)
Dir. Tuija Halttunen

Why Not You (Austria)
Dir. Evi Romen