The dynamic Jerusalem Film & Television Fund has a wide brief that includes attracting local and international production to the city and jump-starting its animation and VFX sectors. Geoffrey Macnab reports. 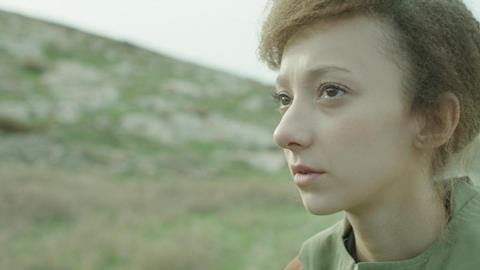 Why Jerusalem? For international film-makers, it might not be the first city that springs to mind as a place to bring their productions. Israel does not have its own soft-money incentive or tax shelter for the film industry (the Israeli government has long resisted calls from producers to set up such schemes). Outsiders are wary, too, about the political turbulence they might encounter.

That is why Jerusalem Film & Television Fund plays such a crucial role in the eco-system of Israeli cinema. The fund, set up in 2008, offers reassurance and guidance — as well as very generous cash rebates for international productions that set up camp in the city.

“The government does care about Jerusalem and so I convinced them the fund was important for our city,” says Jerusalem Film & Television Fund director Yoram Honig. “We want Jerusalem to be up on the screen internationally.”

Honig sings the praises of the city, pointing to its thousands of years of history, its variety of architecture and its dynamic population. “It is the best setting any storyteller can imagine. It is a city of faith. It is multicultural, multinational — a place where in one square mile of the Old City is condensed everything you can imagine.”

The fund has eclectic tastes, backing everything from political dramas to romantic dramas, comedies and horror movies, including last year’s festival breakout JeruZalem.

“We are not afraid of political issues but the politics don’t have to be the main issue of the film,” says Honig. “It can be in the background as part of the drama.”

The fund’s support comes with very few strings attached. It has a war chest of $10m over the next two years for international films such as Joseph Cedar’s English-language debut, the US-Israeli collaboration Oppenheimer Strategies, which stars Richard Gere, Lior Ashkenazi, Michael Sheen and Charlotte Gainsbourg. The film shot in Jerusalem with support from the fund in 2015. Cedar was even able to recreate the New York interiors in Jerusalem.

For movies budgeted at $2.1m (ils8m) and above, the fund offers a cash rebate of 60% on every dollar spent in Jerusalem. For Israeli productions, the rebate can be even higher. Nir Bergman’s Saving Neta, Ori Sivan’s Harmonia and Eran Kolirin’s Beyond The Mountains And Hills [pictured top]are all playing in the festival’s Israeli Feature Films Competition strand, and received support from Jerusalem Film & Television Fund. Producers can combine support from the fund with backing from other national funds. “That’s why everybody likes us,” smiles Honig.

Honig has recently been trying to kick-start an animation industry in Israel. Animated projects created in Jerusalem include Star Darlings, made by Snowball Studios for Disney Junior Channel, and Barbie Dreamtopia, made for the toy company Mattel. Several further projects are on the way to the city, including a new film from Canada’s Corus-Nelvana.

This year at Jerusalem Film Festival, the fund is launching its Hop, Skip & Jump programme for animation. The idea is to develop projects with Israeli animators and give them the chance to attend workshops with leading animators from around the world. The scheme is supported by international partners Sony Pictures Animation, DHX Media and Corus-Nelvana.

“We want to do international work here but we also want to bring this side of the business into Israel,” says Honig. “Israeli films are usually very realistic, even hyper-realistic. We want to encourage Israeli film-makers to go into the fantasy world, the effects world, and also to do larger things.”

As Jerusalem becomes more attuned to film-making, the logistics of shooting in the city have become much easier. “Before we invited international productions, we went to school with Israeli productions,” is how Honig describes the process through which the fund improved the production experience in Jerusalem.

A ‘one-stop shop’ has been set up within the mayor’s office dedicated to solving production issues, such as permits for shooting in certain locations or putting producers in touch with police and fire departments, as well as with local property owners.

Some big projects have come to Jerusalem, at least partly because of the fund. When NBC’s action-thriller TV series Dig [pictured right] starring Jason Isaacs and Anne Heche shot in Jerusalem, part of the Old City was closed down for filming. Some 20 trucks of equipment and a crew 300 strong were brought in.

But the production’s stay was curtailed by the 2014 conflict in Gaza. Such upheaval cannot be ignored. Nonetheless, Honig argues that anyone shooting in Jerusalem “has at least half of the world’s attention… the minute you say ‘Jerusalem’, half the world wants to know a bit more about what’s going on”.