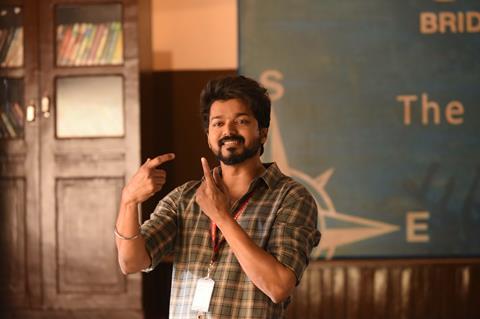 At the end of January, India’s film industry breathed a collective sigh of relief as the government announced that cinemas could operate at 100% capacity from February 1. Strict Covid-19 operating procedures were laid down, including social distancing inside auditoriums, staggered show times and mandatory face masks and temperature checks.

Cinemas have been open with most of these rules in place since October 15, following a seven-month shutdown as India battled the pandemic, but only at 50% capacity, which kept big films away. As a result, ticket sales were sluggish. Along similar lines to their Hollywood counter­parts, India’s major studios in the Hindi and regional film industries kept pushing back release dates for their biggest titles.

“It was like opening the restaurants but there’s no food on offer,” says Viacom18 Motion Pictures chief operating officer Ajit Andhare. “We’ve not had any significant film put out there for several months. All eyes are now on some of the big releases coming hopefully in April. The right film will bring the Hindi audience back.”

At time of writing, the industry was speculating that Reliance Entertainment’s Sooryavanshi, starring Akshay Kumar, would be the first blockbuster released in early April, closely followed by Salman Khan’s Radhe in a traditional Eid slot in May. Jio Studios’ horror comedy Roohi, starring Rajkummar Rao, has confirmed a March 11 release and Reliance’s cricket drama ’83, starring Ranveer Singh, is also expected in coming months. 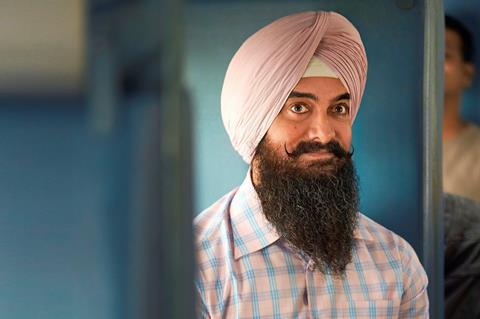 Later in the year, Telugu-language epic RRR, directed by SS Rajamouli (Baahubali), is confirmed for worldwide release on October 13, while Viacom18’s Forrest Gump remake, Laal Singh Chaddha starring Aamir Khan, still has one schedule to shoot and is aiming for December.

Local producers and exhibitors agree it was lack of product, rather than fear, that was deterring audiences since the mid-October reopening, and point to the success of recent Tamil-language title Master as proof. Released on January 13 over the Pongal holiday, the film grossed $27m in India, before moving to Amazon Prime on January 29.

Also restoring confidence is the fact India appears to be winning the fight against Covid-19. As of February 15, the country had only 138,000 active cases and 7.5 million people had been vaccinated. India has also stumped global scientists with its relatively low death rate, recording 155,732 fatalities from more than 10.9 million cases of infection.

“Of course we shouldn’t let our guard down, because things change quickly with this virus, but our malls, restaurants and bars are all packed,” says Sanjeev Kumar Bijli, joint managing director of India’s largest exhibitor PVR. “Our stock market and GST collections are back to pre-pandemic levels as there’s a massive revenge consumption pattern going on.”

PVR and India’s other multiplex chains, Inox Leisure, Carnival Cinemas and Cinepolis, were hit hard during the pandemic, with no income and plummeting stock prices, and tried to mitigate damage by negotiating with landlords, closing some sites and reducing head count. Central government didn’t support the sector, but local states waived some taxes and electricity bills. “As it’s a fragmented industry, we had to negotiate with 113 separate developers across 176 sites,” says Bijli. “Fortunately around 90% gave us concessions.”

As in other Asian markets such as China, Japan and South Korea, India’s cinemas will be less affected by the lack of Hollywood tentpoles than exhibitors in the west, as foreign titles account for only 13% of box office. However, exhibitors say they still look forward to the theatrical release of titles such as Top Gun: Maverick, F9 and No Time To Die. “Coming off a tough year, we need as many movies as possible whatever language they’re in,” says Bijli. PVR Pictures, the company’s distribution arm, is also planning to roll out Oscar contenders The Father, Minari and The Mauritanian in coming months. 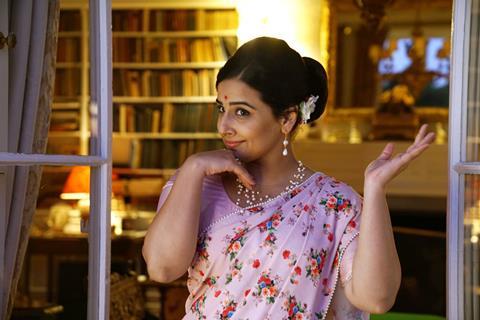 A bigger issue now faced by Indian exhibitors is whether any local films will continue to skip theatrical release and premiere online. Last year, Angrezi Medium, starring the late Irrfan Khan, was one of the last Hindi films in theatres before the shutdown in mid-March, after which a string of high-profile titles opted for a digital premiere. These included Fox Star Studios’ Laxmii, starring Akshay Kumar, one of several titles that premiered on Disney+ Hotstar, and Abundantia Entertainment’s biopic Shakuntala Devi, starring Vidya Balan, which went to Amazon Prime.

Even after cinemas reopened, films like Pooja Entertainment’s Coolie No 1 and Abundantia’s Durgamati premiered online. Producers argued the 50% capacity limits — and shuttered overseas markets that can account for up to 20% of a big Hindi film’s worldwide gross — made it unprofitable to take the theatrical route.

But local producers also say this was a short-term solution, at least for bigger titles. “There were two kinds of films that went to OTT,” says Andhare. “One was that group produced by companies who are also platform owners. Disney released a lot of films online, but that was strategic to build their own OTT platform. The other group were completed films where it made no sense to wait for theatres because they’d already been waiting a long time. As the theatrical window returns, we’ll see the bigger films move the way they did in the past.”

Abundantia CEO Vikram Malhotra agrees, but says viewing habits may have changed. “Unlike in western markets, moviegoing is the national pastime and the only distraction of its size and scale available in India. It’s a full day outing for a typical middle-class Indian family, that also involves shopping, eating and dressing up. But for several months, people were forced to trade their moviegoing experience to smaller screens and there was a huge amount of forced sampling of OTT platforms.”

India is also unlike western markets in that it has not only Net­flix, Amazon and Disney+ Hotstar acquiring films and producing original content, but also strong local players such as SonyLiv, Zee5, MX Player and Viacom18’s Voot. Both SVoD and AVoD revenues rocketed during the pandemic as OTT penetration spread beyond the major metros towards smaller cities and towns.

While everyone agrees the big-budget song-and-dance spectaculars are unlikely to bypass cinemas, producers point to issues that smaller films struggle with in India: relatively low screen count, crowded release calendars and high P&A costs. It’s likely there will be more discussions between producers and exhibitors around new business models such as premium video-on-demand and greater flexibility on the Hindi industry’s eight-week theatrical window. But as in other Asian markets, there is still a high level of confidence in the theatrical window.

“I would say this pandemic has forever changed the structure and dynamics of how content is produced and consumed in India,” says Malhotra. “But I also believe that everything is going to co-exist. Theatres will continue to thrive, OTT and broadcast will thrive. It’s just that the kind of content that’s consumed and on what form of screen is going to change.”