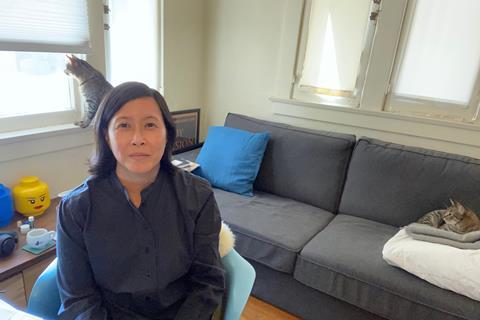 Yutani represents Sundance internationally, serving on juries, speaking on panels, and working to cultivate relationships with film commissions, industry, and artists around the world. Since 2014, she has also overseen a collaboration with the Berlinale’s EFM – housed within the Sundance Film Festival at EFM programme – which has provided exposure and sales opportunities for Sundance films immediately after premiering at the Festival.

She started her programming career at Outfest Los Angeles, where she was the artistic director and the director of programming. She was a programmer for the Provincetown International Film Festival, has been a reader for Creative Capital, and was on the short film nominating committee for Cinema Eye Honors. Prior to her film festival work, Yutani was a film critic and freelance journalist focusing on independent film. She got her start in the industry as assistant to the director Gregg Araki.

What is lockdown life like for you right now?
I’m in Los Angeles with my partner Liz and our two cats, Mountbatten and Andrew. Lockdown life has been hectic with work, but we’ve enjoyed discovering new parts of our neighbourhood on foot. The cats have impressive internal clocks and demand their meals at very specific times, so they lend to a regimented schedule.

What is the mood among the festival community?
Friends and colleagues are incredibly supportive of each other, and keen to learn from one another as we all adapt and reimagine our various programmes. So much of what’s central to the festival community – travel, gathering densely in enclosed spaces, in-person meetings – has been paused or transformed.

What can you tell us what Sundance Film Festival will look in 2021?
We will be unveiling an exciting digital home for the festival, which means it’s going to be more accessible, by more people than ever before, and we’re planning to augment that with live programming not only in our year-round home of Utah but also across a network of other cities.

What key festival elements are organisations like Sundance keen to preserve despite the situation we find ourselves in? How do you do that?
The sense of community and discovery that pervade our festival. Seeing new work that’s bold and unexpected, and then talking about it with people from different walks of life, maybe even gaining some fresh perspective – that’s at the core of what we do, and we’re finding innovative ways to keep that fresh and thriving. Stay tuned!

How do you see festivals evolving in a post-pandemic world?
This year has catapulted a lot of festivals into imagining a digital future – like it or not. Festivals have had to confront questions of accessibility, curation and intent: who are they for, and how are they delivering for that audience in the purest way?

What are you enjoying watching, reading and listening to during this time?
Without a commute I’m able to watch more TV these days. I thought Mrs. America was exceptional, and my favourite episode was Houston, directed by Sundance alum, Janicza Bravo. It was exciting to see the world discover Shira Haas in Unorthodox.She came to Park City with Tali Shalom Ezer’s Princess in 2015. I also loved bingeing on the crime thriller Marcella. I’m enjoying a book my friend Sanam at Mubi gave me, Always Home, about chef Alice Waters written by her daughter Fanny Singer, and I’m anxious to read Adrian Tomine’s The Loneliness Of The Long-Distance Cartoonist.

What has most surprised you about yourself during lockdown?
Judge me if you will, but I never used to distinguish weekends from weekdays, and being on Zoom meetings all during the week has made me appreciate unplugging on the weekends!

What is the first thing you will do when the lockdown is lifted?
My friends and family and I have all been very careful these days and have limited ourselves to short front porch visits, so it would be nice to gather comfortably in person at last – maybe even eat together at a restaurant?

What positive change might this bring to the industry?
Coming up with creative ways to work and challenging our old ways of working have been so inspiring over the last few months. Questioning what we have accepted for so long and having difficult conversations about complex subjects around race, gender, equity should not – and must not – stop. I feel like we’ve all learned so much and going back to “business as usual” is not an option.