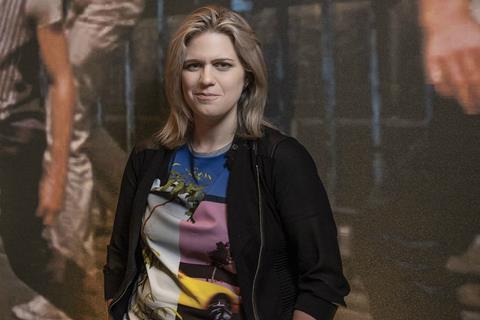 Anna Blandford’s route into the industry was an unconventional one. After reading English literature at the University of Birmingham, she worked in design and development before getting involved in community and youth film projects.

“The challenge of not going to film school was networking and forming contacts… but it makes you more ballsy and more confident because you have to find your own way,” she says. “Having more real-world experience in terms of working with different people and different life experience is probably quite useful.”

After starting to write and direct her own shorts, Blandford says her 2008 Looking For Marilyn proved particularly influential. The short was made as part of the Straight 8 2008 competition, which challenged filmmakers to make a short on one cartridge of super 8 with no post-production. It was chosen as the winner, shown on Channel 4 as a ‘Three Minute Wonder’ and screened in the Kodak Pavilion in Cannes. “That’s when I realised I wanted to make films that explored social issues or moral issues, but not in a didactic way,” Blandford says of the experience.

Other work includes shorts Supersonic, which won a Telegraph Critics Choice award in 2008, and Goblin Market, which was selected for Encounters Film Festival’s new talent showcase, Future Encounters, in 2012.

Blandford’s most recent shorts, Cruelty and On The Surface, were backed by the BFI and Creative England, with the former longlisted for a Bafta in 2017. Family drama On The Surface was shot in France and is in post-production.

Next up is what Blandford hopes will be her debut feature Capital, an ambitious film about residents of a house set over 150 years. The project, shot by Anna Valdez Hanks, is at script development stage. “It’s about power dynamics between different family members and family secrets,” says Blandford. “It’s quite violent.”