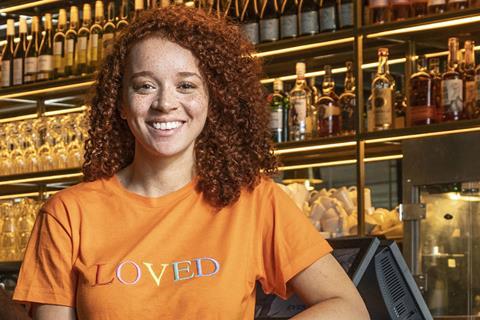 Before her role as the mysterious resistance fighter Enfys Nest in this year’s Solo: A Star Wars Story catapulted the 19-year-old Birmingham-born Erin Kelly­man to global recognition, the actress had been steadily making her mark on the small screen.

She won the role of Cathy in Channel 4’s adaptation of Caitlin Moran’s autobiographical novel Raised By Wolves after attending her first ever audition. “I love playing other people,” Kellyman says of the natural ease she feels in front of the camera. “I just find people very interesting. I’ve always felt comfortable on set.”

Acting was an ambition from a young age, and Kellyman attended Nottingham’s Television Workshop, whose alumni include Vicky McClure and Jack O’Connell, while still at school. She also watched, she says, “movie after movie after movie. Les Misérables in particular. I loved the character of Eponine.”

When Kellyman auditioned for the BBC’s adaptation of the Victor Hugo novel, however, she read first for Cosette. “I tried to play it as Eponine as much as I could,” she admits. “I got a call back for Eponine and then I thought, ‘Right, this is mine.’” She got the job and shot on location in Belgium.

Kellyman is now looking for her next role, and is clear as to what kinds of projects appeal to her. “I love to play characters people can relate to,” she says. “I think it’s important people see other people on screen they can identify with.”

When asked if there is an actor whose career and choices she would like to emulate, Kellyman answers without hesitation. “Julie Walters. If I could do just a quarter of what she has done, that would be a dream come true.”