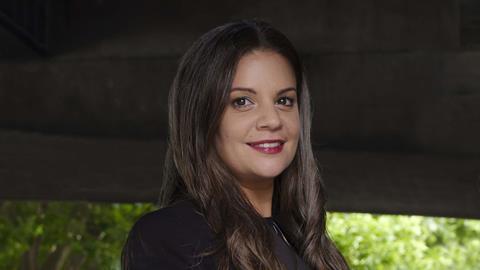 “My mum reminded me I was always a producer — I wrote, directed and produced my first play at the age of 10,” smiles Michelle Antoniades, whose debut feature, the Marley Morrison-­directed Sweetheart, was commissioned as part of Film London’s Microwave scheme, and scooped Antoniades the breakthrough producer award at the 2021 Bifas and took the audience award at Glasgow Film Festival in the same year.

Antoniades was born in the UK to Cypriot parents and raised across both countries. She grew up with a love of musical theatre, and while her parents were supportive, there was scepticism about the security of a creative career.

Antoniades pursued a degree in business management at London’s Brunel University, before completing an MA in music theatre at the Central School of Speech and Drama. Looking to fuse her two disciplines, she took an internship at production outfit Treite Labs, and had her eureka moment. “All the skills I’d learnt, I finally had somewhere to put them,” she says.

Antoniades was introduced to Morrison through an actress; Morrison had already set up production outfit Hazey Jane Films, and in 2013 Antoniades came into the fold. She built up her skillset working in factual TV production for companies including Raw, while producing shorts with Morrison such as Baby Gravy and Leroy.

Hazey Jane is a creative partnership Antoniades describes as “not an exclusive relationship, but an open marriage”, that is committed to working on female-driven and queer-focused projects. “We need to have a nuanced conversation about how we bring these stories to the mainstream,” she says.

In the works for Hazey Jane are a couple of TV projects — a young adult comedy drama and a female-led true-crime thriller — but film is Antoniades’ raison d’être: “I already miss film — it’s my first love.”

The producer is also committed to environmental sustainability in the industry and is a spokesperson for Bafta’s albert and Green Screen EU. “There’s no quick fix,” she admits. “Small things in every department will turn the micro into the macro.”