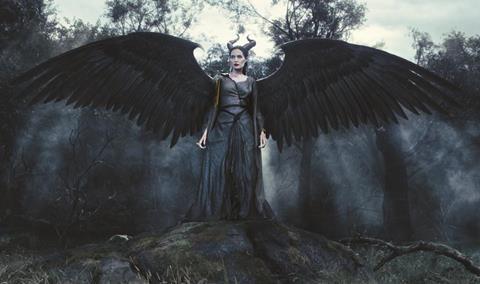 Even for a 19-year veteran of the visual-effects industry, working on Disney’s Maleficent presented a unique set of technical challenges.

“The biggest goal for us was challenging ourselves to take it to the next level,” Port recalls. Which is exactly what he and his team had to do when creating the whimsical and intricate pixies, who are introduced in a pivotal opening scene of the film.

“It was actually one of the last scenes that we did. We had, at that point, done quite a few scenes already and had gotten a lot of practice. It was a beautiful sequence that we were all proud of,” he says.

Although slightly stylised, the pixies also needed a likeness to the actresses who portrayed them (Juno Temple, Imelda Staunton and Lesley Manville). To accomplish this, Port and his team turned to University of Southern California-based Institute for Creative Technologies, which created high-resolution scans based on photogrammetry of each of the actors.

“We needed them to be photo-realistic and we didn’t want to be confused by any of the stylistic treatments that we were putting on,” says Port.

The costumes for each pixie were incredibly detailed, made of multiple layers of different materials, all of which were organic. Twigs, flower petals, grasses, dandelion fluff and weeds had to interact and collide against their own bodies in the individual layers of the costume.

“Animators had to move forward with dialogue even before the design of the pixies became finalised. Using a proprietary flight motion transfer tool developed by Digital Domain, facial animation could be translated into pixie animation relatively quickly,” Port explains.

In a case of necessity prompting innovation, the complexities of the pixie characters led Digital Domain to improve on its existing technologies. “We were able to create an animation interface and make improvements to already existing work that we’d done. That enabled us to do the facial animation and other animation almost in real time,” adds Port.

Working with the film’s director, Robert Stromberg, was a natural and productive fit for Port.

“Robert has an incredible visual and design background, having been production designer on several films, including winning Oscars for Avatar and Alice In Wonderland. He certainly has the background and the language to talk to visual-effects studios and me and my team, in a way that certainly benefits us. There’s no explaining necessary - he gets all the technology, he gets the visuals.”

The titular character, played by Angelina Jolie, presented its own set of challenges. Maleficent’s wings were an important part of the character’s identity. Port remembers Stromberg and senior visual-effects supervisor Villegas presenting him with a clear directive: “Maleficent’s wings needed to reflect her inner emotions but they also needed to reflect an independence as well.”

Port and his team made use of a digital double in scenes that involved flight, which were merged seamlessly with live action. For the transitions to be smooth, the digital double had to be exact in every way. Port calls the feat “some of the most highly accurate and detailed digital doubles we’ve ever worked on”.

Port has a very practical view of the importance of visual effects in storytelling and how it should be implemented in film-making. “For me, visual effects are a tool, and should always be thought of as a tool to support the film. It can be abused, for sure. VFX plays a varied and very important role, but to me it’s critical they are not used just because you can,” he says.

“They always need to serve the purpose of the film and move the story along. That’s when they’re most successful. With Maleficent, we knew what was working well and what to pay attention to. We were very proud of how everything came together.”