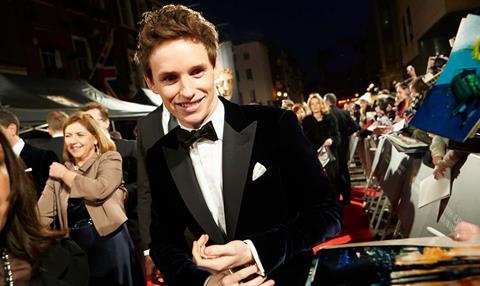 This year’s nominees include Redmayne himself for The Danish Girl (he won last year for The Theory Of Everything), Kate Winslet for Steve Jobs, Christian Bale for The Big Short, Mark Rylance for Bridge Of Spies and Charlotte Rampling for 45 Years.

“The range of British talent – both in front of and behind the camera – recognised by the film community over these past few months demonstrates the strength of the British creative industries,” said Redmayne

James Corden will emcee the evening with music from Jamie Cullum and a menu prepared by Gordon Ramsay.