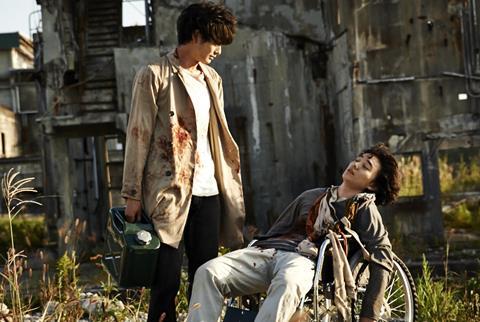 Starring Masaki Okada (Life Back Then) and Shota Sometani (Himizu), the film features the struggles of two sets of genetically manipulated children who grow up with extraordinary powers that could either save or destroy the world.

Warner Brothers Japan has the film set for theatrical release locally in June 27.

Nippon TV has also picked up romantic comedy Heroine Shikkaku (aka No Longer Heroine), based on the popular manga series by Momoko Koda.

The film, in post-production, is based on a bestselling novel by Kurumi Inui. It goes from a young tender love story, set during the 80s bubble economy, to shocking mystery.

Toho is distributing it in Japan and Nippon TV handles international sales.