UK-based streaming service FilmDoo is expanding its line-up with a focus on Southeast Asian cinema, including titles such as banned documentary Boundary and Tom Waller’s The Last Executioner [pictured]. 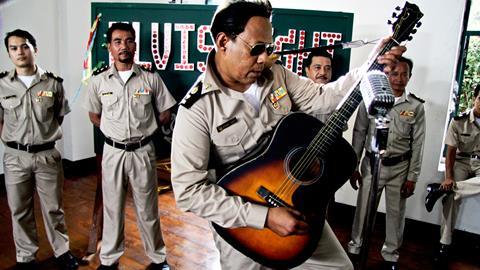 Starting tomorrow (June 3), the platform (www.filmdoo.com/southeastasia) will stream 14 Southeast Asian films - 11 globally and three exclusive to Thailand - many of which have not been previously distributed on home video.

Nontawat Numbenchapol’s Boundary, set along the troubled Thailand-Cambodia border, premiered at Berlin in 2013, while The Last Executioner won best director and best actor at this year’s Dhaka International Film Festival.

“The future of cinema is about innovating distribution, opening up channels for new ideas and voices to be heard. I’m grateful to see we’re making strides towards that and for Sway to play a small part,” said Tang, director of Sway, which premiered at Toronto 2014.

Founded by Weerada Sucharitkul and William Page, FilmDoo was launched at Cannes last year and was a UK finalist in the MassChallenge accelerator programme. It also streams arthouse and classic titles from Europe, Latin America, the Middle East and other parts of Asia.