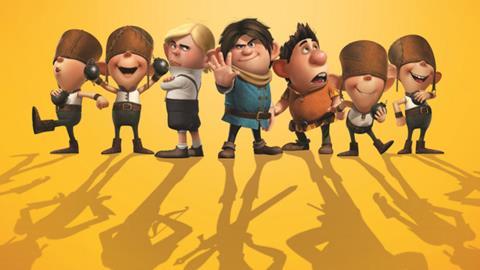 Produced by Korea’s Locus Creative Studios, the $12m animated feature offers a twist on the traditional Snow White And The Seven Dwarfs fairytale, in that the dwarfs are actually knights under a spell and Snow White is no longer the fairest in the land.

“This feature animation will tackle the inconvenient truth about Snow White and the Seven Dwarfs, the fairy tale most based on appearances,” said the film’s director Sungho Hong.

The film, based on a screenplay that won the Grand Prize at the 2010 Korea Story Competition, is being readied for a summer 2017 release.

Finecut’s Berlin slate also includes Im Kwon-taek’s Revivre, which is screening in Berlin Critics’ Week, Chronicle Of A Blood Merchant, directed by actor Ha Jung-woo (The Chaser) who made his directing debut with Fasten Your Seatbelt last year, and Lee Wonsuk’s period drama The Royal Tailor.