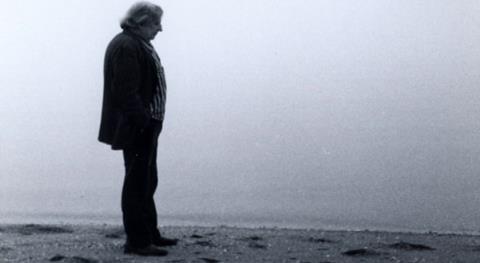 Alan Berliner spends five years examining how Alzheimer’s disease closes down a poet’s creative life in First Cousin Once Removed, and at the risk of making light of that affliction, this is a memorable film.  Always the narrator of personal stories, this time Berliner has connected with a dilemma that a generation faces with its parents (his mother’s cousin, in this case) and dreads encountering farther down the road – an instant public.

First Cousin Once Removed feels clinical at times, as Berliner tells the uncomprehending poet about his own memory lapses.

The documentary, which premiered at the New York Film Festival, won the prize for Best Feature-Length Documentary at IDFA in Amsterdam.

Exposure and awards on the festival circuit should position First Cousin for promising theatrical runs in English-speaking countries before its US cable date in late 2013. Its affinities with Michael Haneke’s Amour, the Cannes-winning Alzheimers saga destined for more honours, could help with showings beyond festivals internationally. Berliner, a veteran independent, has never been a bet for box-office, but raw honesty and improbable laughs make First Cousin his most commercial film.

The cousin in question is Edwin Honig (1919-2011), a poet, translator and once-eminent professor at Brown University. Honig’s memory and prodigious mind are giving out. He can’t recall much, but what he says can leap out as a quirky kind of poetry.  Berliner forces viewers to wonder whether, in certain people, poetry is closer to the bone than consciousness.

Don’t expect an answer from Honig, who makes blithe Delphic pronouncements on whatever reaches his psyche - like aging: “Prepare yourself, it’s worse than what you think.”  Presented with a picture of himself, whom he doesn’t recognise, he declares, “I’m not impressed.”

We witness Berliner’s visits to Honig’s residence, where time passing is reflected, often to magical effect, in the trees outside his window. Shifting among visits over five years, Berlin edits fragments with no impulse to give Honig’s illness a linear coherence, unless coherence is the inevitable deterioration of the mind that made Honig the poet and scholar that he used to be.

In films like Intimate Stranger (1991) and Wide Awake (2007). Berliner crafted no-budget cinematic textures with typewritten text and still photographs. Here he deploys the same pictorial language, this time drawn from Honig’s life and writings, but we watch as that structure erodes and the flow of images oozes in and out of a kind of bluish mulch, as close-ups in ultra-precise HD observe Honig’s unfocused eyes straying into a void beyond memory.

First Cousin Once Removed feels clinical at times, as Berliner tells the uncomprehending poet about his own memory lapses. A special poignancy comes when it moves past the generic fatalism of Alzheimer’s into an individual’s life story. We see photos of Honig the translator being knighted by the prime minister of Portugal and the King of Spain. Earlier misfortunes marked him as a child, like his father’s lifelong blame for the death of a younger brother who was hit by a truck.

Since Deborah Hoffman’s Notes Of A Dutiful Daughter (1994), films about Alzheimer’s disease have tended to be stories of loss told by younger family members. Berliner’s story doesn’t quite fit that mold. He’s not a son, which provides some distance from his subject, and Honig’s fading isn’t a simple martyrology. Two adopted sons, who lived with their adoptive mother when she left Honig, tell of his vicious cruelty honed by practicing literary criticism for decades, a grim case of art transforming life.

Not all the suffering in First Cousin Once Removed has its origin in a disease, but there’s not much remedy for any of it.