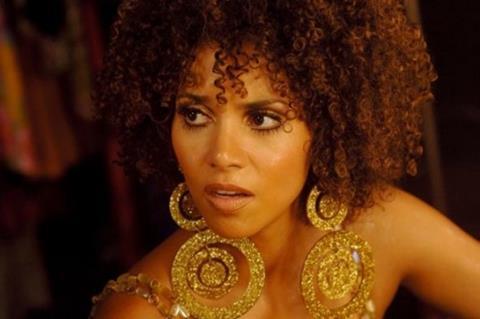 Halle Berry impresses in both the title roles of Frankie & Alice, a well crafted if slightly soapy seventies period piece about a young woman’s struggle with multiple personality disorder. Given the subject matter and Berry’s recently low profile the independently produced drama seems set to do only modest box office, though it could be boosted if its campaign for awards season recognition pays off.

Berry’s…performance substantially elevates what might otherwise have been a lackluster disease-of-the-week outing.

After an awards-qualifying run this week the film will get a nationwide US opening through Freestyle Releasing in February, when Berry’s mainstream appeal will be tested for the first time since 2007 flop Things We Lost In The Fire. International distributors who bought the film at the European Film Market, Cannes or the AFM should be helped by the presence of Swedish co-star Stellan Skarsgard.

Inspired by real events, the film introduces Berry’s Frankie Murdoch as a popular and smart go-go dancer in early seventies Los Angeles whose life is disrupted by unexplained episodes of psychological fracture.

Checking into a mental institution to avoid jail after one such episode, Frankie meets kindly and open minded psychiatrist Dr Oswald (Skarsgard, recently seen in international hits including Angels and Demons and Mamma Mia!), who begins to explore his patient’s alternative personalities: white southern racist Alice and Genius, a brilliant but scared child.

British director Geoffrey Sax (Stormbreaker and the BBC’s Tipping The Velvet) shows a deft touch in gradually revealing - through flashbacks to her past as the daughter of a servant to a 1950’s southern family - the root of Frankie’s disorder.

Some of the effects employed to illustrate Frankie’s mental state are a bit dated; the film works better when Berry’s acting does most of the work. While it isn’t as strong as the work in Monster’s Ball that won Berry the 2001 best actress Oscar - and it almost goes over the top as the film reaches its climax - the performance substantially elevates what might otherwise have been a lackluster disease-of-the-week outing.