Glastonbury The Movie In Flashback 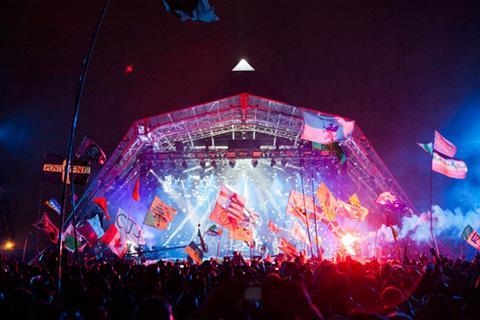 Glastonbury The Movie In Flashback is essentially a cleaned up, updated and enhanced version of the 1996 film Glastonbury The Movie offering up a tasty and still enjoyable glimpse into an early incarnation of the legendary music festival (the footage is of the 1993 event), distinctive for its lack of mud and slightly more down-and-dirty feel, lacking the slick sophistication that has become the trademark of modern festivals.

The original film was directed by Mahoney along with Robin Salkeld and William Beaton, and was shot in ‘scope. It was two years in editing before its final release in 1996, and much hailed in its original release, with no less than Mike Leigh calling it ‘a masterpiece’.

Director Mahoney said: “…the time seemed right to re-make it for a new generation of filmgoers. Once we’d started it was hard to stop. In essence we stripped it right back, looked at all our material afresh and made the film again from scratch using high definition digital cinema technology.”

This has meant discovering new material in amongst the rushes and having the sound re-mastered from the original live recordings and making a new Dolby mix.

The blend of hippy folk, art, penny whistles, camping, music and ‘horrible toilets’ may bemuse younger festival goers used to the clinical and sophisticated modern-day events, but in 1993 it is still clear that Glastonbury’s links to Woodstock were still very much intact…and the sun shone and there was no mud.