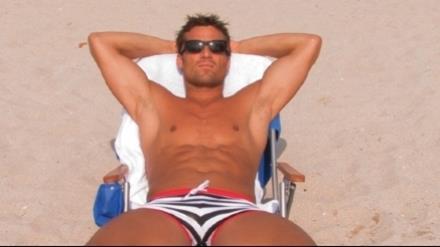 A well-nourished documentary shot in the UK, US, India and Japan, Guilty Pleasures is as pleasing if ultimately as fanciful as the Harlequin Mills & Boon romances it part-documents, part-mirrors.

With funding from Channel 4 in the UK alongside Norwegian and Finnish backers, Guilty Pleasures is a handsome affair for a TV doc.

Moggan’s Guilty Pleasures feels too carefully constructed to pack a reality punch, but her screenplay is gentle and smart and the people onscreen likable enough to over-ride troubling thoughts of what might be real and what has been glossed over in the editing suite. Its assured amiability should see it make some global connections on ancillary, although if everyone who bought a Harlequin romance watched this film, Moggan and producer Rachel Wexler would be laughing all the way to the bank.

Lacking the sense of purpose a first-person voiceover might have added – why track Mills & Boon, where did she find her subjects? – Moggan’s documentary starts out with Roger, a portly, middle-aged man living in a mobile home in middle-England. Having written just under 50 novels for the label, he is active (and pretty much the only male) at the Romantic Novelists’ Association’s Annual Conference. “I could never have a hero called Roger,” he admits, and writes under the name of Gill Sanderson.

Meanwhile, in Tokyo, avid reader Hiroko takes ballroom dancing lessons to give her life the romance it lacks; entranced by her instructor Mr Ijima, she appears to overlook the charms of her resoundingly-decent husband Seiich.

In India, in between books, warm-hearted Shumita hankers after her errant husband, the Porsche-driving Sanjay. In Warrington, Phil tries to keep the romance in his marriage to Harlequin-devotee Shirley alive (“I’d never even been to Ikea before I’d met Phil,” she boasts, admiringly), but his manic depression may be a stumbling block to their happy-ever-after. And in Miami, hilariously camp and super-clean model Stephen, the cover-boy for many a Mills & Boon, searches for the love of his life.

They are all looking for a happy ending, and so, it becomes clear, is Moggan’s documentary.  And she demonstrates a capable set of hands as she guides her interviewees towards Guilty Pleasures’ fulfillment, although sometimes it’s something of a shove (her reveals are too carefully measured for this to be labeled pure documentary).

With funding from Channel 4 in the UK alongside Norwegian and Finnish backers, Guilty Pleasures, which premiered at the London Film Festival, is a handsome affair for a TV doc, and basks in the warm co-operation of Mills & Boon itself. It doesn’t betray or belittle, but there’s a cuteness here which softens any deeper meaning and makes the film something of a guilty pleasure itself.