Cinema professionals debate whether the cinema investment drive of past decade has achieved anything for local industry. 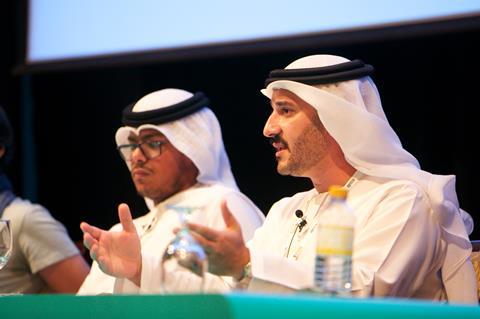 Key figures in the Gulf’s fledgling film industry gathered at the Abu Dhabi Film Festival on Monday to discuss what had been achieved after more than a decade of investment in cinema in the United Arab Emirates (UAE).

“Does the UAE have an industry yet, in my personal opinion, no - we have a movement,” said Samr Al Marzooqi, market manager at the Dubai International Film Festival (DIFF).

“For me the definition of a successful film industry is where you have films that make enough money to pay those involved a proper wage so they can make a living out of it. This has yet to happen.”

“I think we are building an industry here. It’s embryonic,” he said. “There’s still a long way to go.

Local director Nawaf Al Janahi, who made the first fully-fledged Emirati feature film Sea Shadow in 2010, said much had been achieved over the past decade but that it was now time for the region to take it to another level.

“Before 2002, there was nothing. Even if you did manage to make a film, you wouldn’t know where to screen it,” he said.

“Today, we have a filmmaking community, festivals, we have collaboration between Emiratis, Arabs and expats and people coming from the outside to shoot films here – all that is amazing.

“I’m very proud of what we’ve done so far. But we’re in a building phase and we’re not quite there yet.”

Al Janahi also suggested that it was time for filmmakers and festivals to become more critical of what was being made in the region. He said there had been a tendency to give all local work – even student films – a slot at local festivals, regardless of whether they were any good.

“In the beginning it was great to be all-inclusive but more than 10 years on, we don’t need a student section in our main festivals – there are now two good student festivals for that. If a student wants to submit their film, great, but it should be on a professional basis,” he said. “We need to raise the bar so that quality will get better.”

DIFF’s Al Marzooqi suggested that there needed to be more cooperation between the three key film hubs of Abu Dhabi, Dubai and Doha.

“Each entity has a good plan but there is no overall strategy. We need a collective plan for Emirati cinema,” said Al Marzooqi.

“When we represent UAE cinema abroad do we do it under one umbrella, no. Eventually, all of us need to figure out, in the same way as major filmmaking countries such as France, a clear defined path for the industry, and how we are going to take it further.”