Heaven Is For Real 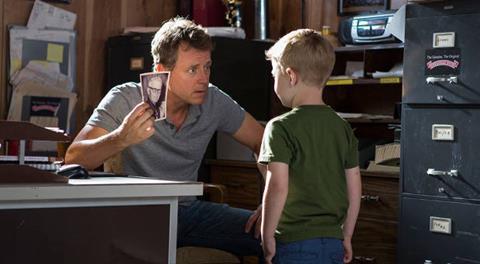 Delivering its religious message with a lighter hand than its title suggests, Heaven Is For Real uses the likability of lead Greg Kinnear to spin out some well crafted if sentimental family drama about the good Christian folks of a small Nebraska town. The result could be another score with the US faith-based audience and perhaps a better than average - for the faith-based genre - international showing.

Kinnear makes the congenial pastor’s struggle quite believable but the story’s other characters are mostly bland and there isn’t a lot of drama on offer as the plot unfolds.

Worldwide distributor Sony opens the film wide in the US this Easter weekend and will be hoping that the audience that has recently driven the success of Son Of God, Noah and God’s Not Dead has an appetite for more religious themed drama. International prospects look best in regions such as southern Europe and Latin America, though the relatively subtle tone might help sell the film in more casually religious territories as well.

Kinnear plays Todd Burpo, the real life pastor on whose best selling non-fiction book the film’s script is based. Though struggling financially, the Burpo family live happily in their pretty rural home until four-year-old son Colton (played by screen newcomer Connor Corum) goes down with a life-threatening case of appendicitis. Colton survives, but when he starts telling his dad about a visit he took to heaven during his surgery life begins to get more complicated for Todd and the rest of the family.

As directed by Randall Wallace (Secretariat), the film, in its early stages, trades heavily on the cuteness of blue-eyed, blonde-haired, cherubic-faced Colton and the attractive vistas of the family’s home state. The glimpses provided of Colton’s visit to heaven - complete with angels, a celestial choir and a meeting with Jesus - are pretty cheesy.

After a while, though, the film begins to focus more on Todd Burpo and his internal struggle over whether to believe that his son actually experienced heaven. Kinnear (last seen in Stuck In Love) makes the congenial pastor’s struggle quite believable but the story’s other characters are mostly bland and there isn’t a lot of drama on offer as the plot unfolds. A couple of characters briefly get to put the case for a more rational assessment of Colton’s reports but they’re not allowed to become anything like real antagonists.