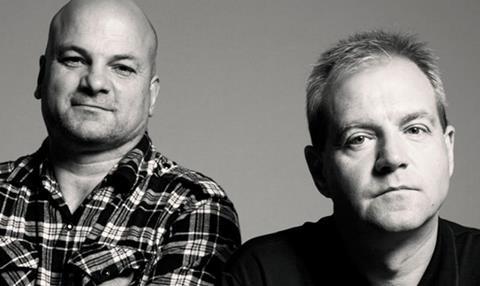 This has helped the company to find new markets for its films and make crucial connections that have led to financial backing for a new production.

Since 2000, Hurricane Films has been producing television and film works of fact and fiction. The Liverpool-based company is owned and run by Sol Papadopoulos and Roy Boulter, who together have made a broad range of documentaries and films.

Along the way, they have picked up several awards, including two BAFTA nominations and six Royal Television Society documentary awards. The first BAFTA nomination came in 2004 for the BBC drama I’m A Juvenile Delinquent: Jail Me! This was followed by a European mentoring award for Hurricane’s work on a community feature film, Under The Mud, which was written in collaboration with a group of Liverpool youth.

Sol and Roy received their second BAFTA nomination as Most Promising Newcomers for the feature documentary Of Time & The City, directed by Terence Davies.

The film chronicles the director’s own life growing up in Liverpool, his alienation from society and his love–hate relationship with the local area. It premiered at the Cannes Film Festival 2008 where it was selected to play at a special out of competition screening. It has since played at over 55 film festivals around the world and won numerous prizes, including the New York Film Critics Circle prize for Best Non-fiction Film of 2009.

“We’re always looking for that next story,” says Sol. “We want our work to be inspiring and original, lift the heart or shine a light on the human condition in an enlightening way. If we’re passionate about the project, that’s what drives us. We’ve worked successfully with raw beginners and established auteurs alike.

Making Under the Mud with a group of kids from Liverpool was immensely satisfying. Here were 15 teenagers with no previous experience in screenwriting, sharing their experiences and helping us to create a film script.

The film was well received at film festivals around the world. At the other end of the scale we’ve worked on a number of projects with Terence Davies, who’s somewhat of an icon in British screenwriting and film directing.”

In 2010, Hurricane Films took part in Passport to Export, the UKTI programme that helps businesses to prepare for international markets. The company went on to secure UKTI funding to attend several international film festivals that year. These included the Berlin Film Market in February and the Cannes Film Festival in May. Each of these events brought its own success.

For example, it met sales agent K5 in Berlin, who is now happy to read and consider whatever new scripts Hurricane comes across for potential collaboration and investment.

“Being successful in our industry depends a lot on how you click with people and the relationships you are able to build up,” says Sol.

“There are no quick wins. If you want to be taken seriously you need to be seen time and again at industry events, following up with contacts that you meet from one to the next. UKTI has been very supportive of us, helping us to get across to different markets and meet people that we can work with. This has made it more viable for us to attend these crucial events. Without it, we may have managed to go to only one or two.”

Passion, a new biopic about the life of 19th Century American poet Emily Dickinson. The screenplay for the film has been written by Terence Davies who will again direct the production.

Whilst at TIFF, Hurricane met an experienced American executive producer with contacts that have helped to secure funding for A Quiet Passion. Then, with further financial support from UKTI through its Gateway to Global Growth programme, the company attended the American Film Market in November. There it signed an agreement with Stuart Pollok of Indomitable Entertainment, and production of the biopic is due to start in Canada and the US early next year. It also attended TIFF 2013.

“Having UKTI’s support to attend these film festivals has enabled us to meet the right people and get finance from around the world,” says Sol. “It can take years to put together a project, and one of the key pieces that we need to get into place early on is finance. This is where the Executive Producer comes in. We’re really excited about getting A Quiet Passion off the ground. We’re working with some incredible people and it’s going to be an excellent experience.”

International trade has always played an important role in the UK economy.

Today it accounts for almost 20 per cent of the nation’s GDP.

Exporting can be challenging, but the benefits can be the difference between profit and loss. Research carried out by UKTI shows that: