The Argentine director talks about his hit Wild Tales and his ambitious sci-fi four-film project The Foreigner. 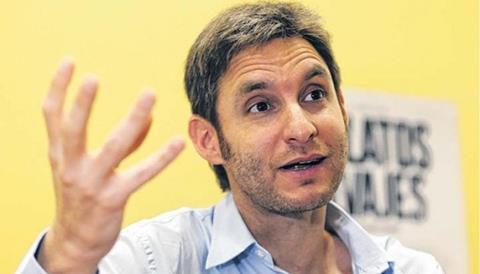 Argentine director Damian Szifrón is enjoying the global success of his film Wild Tales. After its screening in Cannes Competition, this brilliant comedy has broke every record in Argentina where it opened in August and has been the first national film in history to surpass 100 million pesos ($12m) at the box office. Wild Tales, starring Ricardo Darín, Leonardo Sbaraglia and Darío Grandinetti tells six different stories with rage and anger as a main subject. Wildly funny, the film portrays current difficulties for surviving in a mad world. The film-maker spoke to Screen at San Sebastián, where he has presented the film along with producers Pedro and Agustín Almodóvar of El Deseo.

How do you feel about the success of Wild Tales?

It feels great, you make films for people. The films I prefer don’t have the problem of not reaching an audience. I think in The Godfather, The French Connection, The Exorcist or 2001, they all mix art and pleasure very easily. At some point, maybe in the 1950s, there was a great division between art cinema and popular cinema and this is a tragedy. I think that people are intelligent and if you make great quality films you will find your public. When you think of Hitchcock there is no conflict between arthouse and mainstream. Michelangelo or Shakespeare were very popular in their time.

The idea of boundary is common to all the stories in the film. We live in a civilised world but also very stressful and the temptation to break limits is constant. Was that your starting point?

Yes, sure. We are all conscious that this system is not organised in our benefit. We behave like good citizens, we pay our taxes and we are law abiding citizens and buy the products that they sell to us but at the same time we all feel uncomfortable, as the ceiling is low or we didn’t have oxygen. This creates a great pressure that reflects in our love life or family life. We suffer this lack of time, this extreme difficulty to make money and do so many things that we are not interested in. Facing that reality, a lot of people get depressed and some others explode. This is a film about those who explode, those who cross the limit and reveal how really things work.

Did you want to portray the eternal conflict between man and society?

This is present in all the tales. For the wedding, we see the exigence of getting married and forming a familly regularised by law and the obligation to a woman to prove when she’s beyond 30 that she has a partner and will be forever happy. In this context, things are really not okay but she represents otherwise. Sometimes we are conscious of this role we are playing to amuse or impress the others. In the episode of Ricardo Darin when he goes to get his car back from police, they are both right! Darin is right in that it’s unfair that they removed their car and the guy in the booth is just doing his job, supporting a great deal of negativity everyday. The people who are really making money are not there.

Can you talk about the line, “I was more free in jail”?

This has some truth. We went to a jail to shoot and they are in slums with terrible conditions of life. There are places where people live actually worse than in prison where at least they eat and have somewhere to sleep. Then we have a lack of solidarity maybe because we have so many inputs everyday that you change the channel when they talk about a slaughter that you are not interested in. So much volume becomes noise: everything is very fast but finally nothing changes. We run but we don’t know very well what for. You need a lot of courage to say “I don’t change my cellphone” and this produces us a lot of anguish because we have to send to the garbage a mobile phone that works. No matter how smart you are, the violence of consumption will catch you.

It’s a political film, as you point out, but not a radical one.

When you criticize these things, you compare it with what it could be, not to what it is. The world could be much more better than it is and those rules are not innocent, this is the terrible thing to accept the world as it is and not lose the capacity of thinking about it. As a little boy I remember they taught me in school how to have a bank account and they are already pushing you toward being a good slave in this system.

So what is the way out?

There is a line in Queimada that says that freedom is not something that somebody else will give you, you have to take it. You must have the capacity to know what are really your desires because we spend our lives pursuing things that are not what we want. In any ad you see that very clearly, there is a watch and a landscape, you want the landscape, not the watch, but they make you associate this desire with a product. You buy an expensive car and you end up in traffic jams. In the film we see also the bad part of this rebellion, you can’t be mad and angry all day.

What are your new projects?

There is this big science fiction project that will consist in four films that will open in the same year. I am just beginning but there are people who are interested, it’s called The Foreigner (El extranjero). The film will be spoken in different languages. We will see some events happening in Buenos Aires but they are investigated by people from the CIA, the Pentagon, NASA… I have been writing a lot the last years and right now a lot of this material will finally come out. I also have a love story that is called The Perfect Couple (La pareja pefercta) and also a Western to be shot in English, Little Bee, very violent despite this poetic title. And I am developing a lot of new stuff, I am also interested in writing for another film-makers. And since the success of Wild Tales I have received a lot of proposals that I am seriously studying.