The Russian director of Wanted and the Night Watch takes a break from shooting Ben-Hur in Italy to tell Elbert Wyche about his producer role on a new genre he calls ‘screenmovie’. 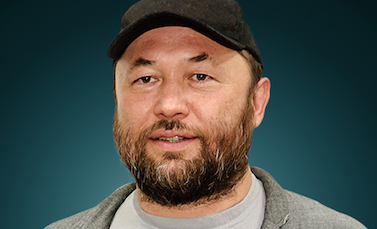 Unfriended opened last weekend via Universal and takes place entirely on the computer screen of its protagonist as she and a group of online friends are terrorised by a deceased classmate.

Leo Gabriadze directed from a screenplay by Nelson Greaves. Bekmambetov produced alongside Greaves, while genre guru Jason Blum served as executive producer on the Bazelevs Production and Blumhouse productions cyberhorror.

The sub-$1m film production at number three in North America on $15.8m and grossed $55,130 from its first international forays in Lithuania and Slovenia. It opens in the UK on May 1.

Tell me about how you came up with the idea for what you have termed a ‘screenmovie’?
Because I live between Moscow and Los Angeles, I’m constantly on Skype. Whether I’m co-writing, directing or rehearsing with actors, I’m always communicating with my colleagues on Skype. I spend maybe 10 to 12 hours a day online. It’s a part of my life and a part of millions of peoples’ lives. [I thought] we should probably make movies about it.

Why do you think watching a person’s online activity on a movie screen would be interesting?
I was on Skype with my colleague – we were writing something together – and we used what’s called shared screen mode. He forgot about it and I saw everything that he was doing. He was checking email and chatting with his grandmother [laughs].

This idea was so interesting because suddenly I understood that when you see someone’s activity on screen, you understand this person. It’s like you’re looking inside of him; it’s like a stream of consciousness.

How did the idea for Unfriended begin?
I was trying to find the material to make these kinds of movies. About two years ago I spoke to Nelson about it and told him what I wanted to do, that it was a new era of filmmaking, something that no one had made before. He’s young, so he said, OK, I’ll try something.’ Then he wrote some stories and I said, ‘Just write the script and we will shoot, because nobody knows how to write this kind of script.’ It’s not the same type of filmmaking; it’s a different language and different rules.

How was the film shot, given its unique format?
It was shot in one continuous take. We rented a big house and people were in different rooms. It was a real online process. They were in the same house so logistically it was easy to organise, but they were in different rooms. They didn’t have a chance to communicate, except through the video system. It really helped them to be real. The whole movie was shot in one continuous take. It was a few takes, but over time, one 80-minute pass.

What’s interesting is that I was in Los Angeles but I’d never been on the set when they shot the movie. Yet every day I saw one take of the whole movie before lunch and one after lunch. I never physically met the actors, but we knew each other through interaction on Skype. When we premiered the movie in Montreal, the actors and myself were all on Skype. It was a really cool premiere.

It must have been a really fast shoot
It was about a one-week shoot and a few months of editing. Then we had additional photography. We changed the script and shot a few more elements. The post-production process was very long because nobody knew the rules [in the edit]. In the first pass there were a lot of Skype windows with people talking to each other. Then later on we discovered there was a chat feature where people just type and it was more intense than people just talking to each other. We were trying to figure out how to make it, so it was a longer process in post.

Do you think this form of filmmaking is most at home within the horror genre?
No, I don’t think so. I think it can be any genre. It’s just a unique language and you should follow the rules of this language. We are producing two other movies. One of them is a comedy we shot. It’s called Liked – it’s a teenage comedy. Also, we shot and are editing another movie about a young girl who lost her homepage and is trying to come back that is in the vein of Wizard Of Oz. I do believe it’s about following very specific rules and then it works. We have our own internal document; we call it a manifesto of how to do this kind of movie.

Can you explain some of those specific rules?
There should be unity of time. It should be a real-time process. It should be real sound with no music, no scores or sound effects. It should look real. It should be on the screen the entire time – you should not cut. You can’t break the rules. There are a few more specific things. I think audiences really feel this world, this reality, and if you are lying they immediately feel it. In traditional filmmaking it’s not so crucial to be honest and real. It’s like viral videos: people will never re-share something if they know it’s made up. They want to share something real