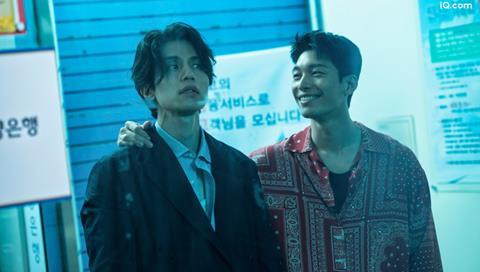 Chinese streamer iQiyi announced a slate of four original productions from Korea and its first originals out of the Philippines on the first day of the Asian Contents and Film Market (ACFM) today.

The Korean series include In Crazy Love, directed by Kim Jung Hyun (Awaken) and starring Kim Jaeuck and Krystal Jung, which is produced by Story Hunter Productions, and Us At One Point, produced by Gtist (Hometown Cha Cha Cha, Hotel Deluna). iQiyi is also working with Studio N on My Oppa Is An Idol and Studio 605 on Weekday Wife.

iQiyi also presented a first look of previously-announced series Bad And Crazy, a co-production with Studio Dragon directed by You Sun Dong and starring Lee Dong Wook and Wi Ha Jun, which is scheduled to start streaming in December.

“As the leading global streaming player rooted in Asia with a global footprint, iQiyi will double down its investment in introducing premium pan-Asian content to the world. We are excited to play a crucial role in putting Asian content front and centre in collaboration with top-notch creators and talents from Korea and the Philippines to bring compelling original stories to our users in 191 territories.”