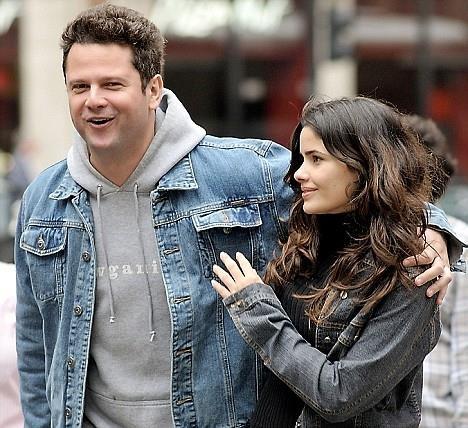 Four years after the fatal shooting of Jean Charles de Menezes, Henrique Goldman’s sensitively handled drama looks beyond the headlines to paint a portrait of the man and, to a lesser degree, the climate of fear which gripped London in the summer of 2005. A low-key, naturalistic approach eventually pays dividends as director Henrique Goldman encourages the viewer to make an emotional investment in the daily life and aspirations of Jean Charles, thus rendering his death all the more moving.

The film has already played successfully in Brazil and is sure to warrant exposure in the UK market, although the careers of Ken Loach, Kenny Glenaan and Antonia Bird all testify to the difficulties of achieving a significant theatrical life for politically-charged productions. Internationally, Jean Charles should prove a steady festival performer with some modest theatrical potential in territories where Loach’s work traditionally finds favour.

Jean Charlesbegan life as a potential docu-drama for British television that was never made, but Goldman still uses his factual background to capture a London in which the familiar landmarks are seen through the fresh eyes of an immigrant underclass. Like Stephen Frears’ Dirty Pretty Things,Jean Charles explores the unseen underbelly of a city and the people who make it run from the cleaners and waitresses to builders and plumbers.

The story of Jean Charles (Selton Mello) is seen through the eyes of his cousin Vivian (Vanessa Giacomo), newly-arrived from Brazil. He’s a boisterous wheeler-dealer of a man; an ambitious electrician determined to make his fortune in a city that seems to offer boundless opportunities for those willing to work hard and cut corners. He retains an irrepressible sense of optimism that Vivian begins to find infectious as she also starts to feel the potential of a new life in Britain.

The sense of London during the summer of 2005 is provided almost exclusively through news reports of the July bombings, police investigations and feeling of a city under siege. There is no dramatisation of the police side of the story and the actual shooting of Jean Charles is handled with immense restraint. Goldman seems determined to keep the focus very firmly on Jean Charles the man rather than the victim.

This approach may leave some viewers feeling frustrated at being left with exactly the same questions as his family and friends, but it does add to the feeling of empathy. We never fully understand why Jean Charles was selected for police surveillance or how a police operation ended in the tragic death of an innocent man. Closing titles inform us that officially the death was judged to be a lawful killing.

Although he has a slightly doughier appearance than that of the real Jean Charles, Selton Mello invests him the kind of warmth and bear-like personality that could charm the birds from the trees. Vanessa Giacomo is a radiant presence as Vivian and the film gains added authenticity by the casting of Jean Charles’ cousin Patricia Armani and building company owner Mauricio Varlotta as themselves.