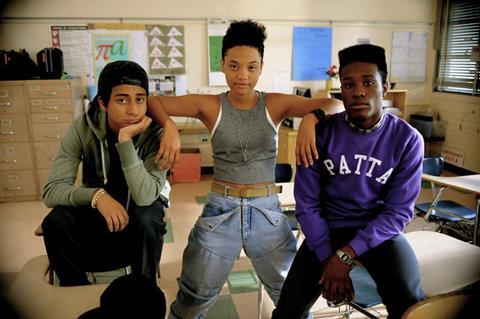 The Tastes sidebar includes the Mexican premiere of Cooking Up A Tribute by Luis González and Andrea Gómez, which profiles El Celler de Can Roca, viewed in some circles as the world’s best restaurant, which closed temporarily to tour America.

B-Side curates some of the most popular recent films about music and the line-up features the Latin American premiere of Johnnie To’s Office, the Mexican premiere of Rick Famuyiwa’s Dope (pictured) and Hervé Martin-Delpierre’s Arcade Fire: The Reflektor Tapes.

American Specials showcases Mexican premieres of US films with a strong point of view. The roster includes The Hollow Point by Gonzalo Lopez-Gallego, Daniel Noah’s Max Rose and Steve Balderson’s El Gonzo, as well as the previously announced Scott Cooper’s Black Mass and Marielle Heller’s The Diary Of A Teenage Girl.

This year, the Outdoor Screenings at Plaza Mijares in San José del Cabo pulls together three films from other parts of the programme: Ice And The Sky, Racing Extinction and Baja Taste.

The festival runs in Mexico from November 11-14.