This Christmas is make or break time for the format - and five studios are joining forces to market it in the UK, reports Tim Murray. 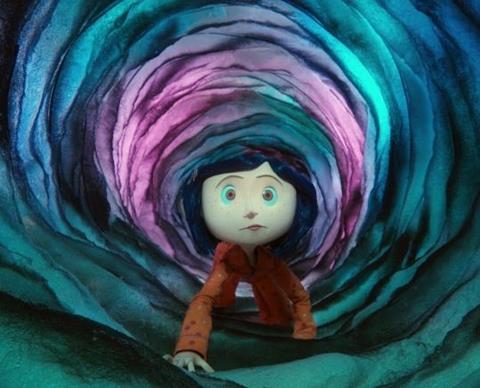 This Christmas will be a crucial one for Blu-ray, but UK distributors are planning to give the fledgling format a boost with a $1.6m (£1m) generic marketing campaign to help consumers understand its benefits. The campaign will run from late November through December, and, in a rare move, will see five of the majors collaborating in a hefty marketing push.

“We want to educate consumers about what’s good about Blu-ray and to create interest,” says Simon Heller, who has helped to put the campaign together via the British Video Association (BVA). “We know there are a lot of barriers to purchase, and we’re trying to overcome those.”

The evidence suggests the UK consumer has yet to be won over by the format. Current figures (600,000 stand-alone Blu-ray players, coupled with more than
2 million Blu-ray compatible PlayStation 3 consoles) show there is a long way to go before saturation in a market that will boast 14 million HDTV sets by the end of 2009 (according to Screen Digest figures).

Blu-ray’s growth has been stunted by recent economic woes, with sales slower than anticipated ― Screen Digest recently revised its forecast for 2009 down to 10.5 million discs, but did suggest sales could increase with, among other things, increased promotional activity.

The TV commercials, set to run across all the major channels, will aim to change thinking about the format and highlight increased picture and sound quality and vastly improved extras. But what is most groundbreaking is the fact five studios have worked together so closely without problems or compromising the message.

A promotional campaign and a revamped website (thisisbluray.co.uk) will also drive the format, while the TV ad end-frames are being made available to retailers and other distributors, and boilerplates mean a consistent message can be carried across all media by all distributors. “The boilerplates and end-frames make this into a multi-million pound campaign,” said Universal UK’s marketing director, Karen Charalambous.

UK retailers such as high-street specialist HMV are looking at the campaign’s style guide and exploring ways to include elements into its marketing. HMV said the campaign was long overdue and hoped next year it could go even further.

Content will also help drive the format this quarter, as Universal’s UK home-entertainment chief Ian Foster notes: “All the studios have at least one or two good sci-fi or action films and it gives it another kick. It’s a very Blu-ray-friendly slate.”

Universal’s Inglourious Basterds Blu-ray disc boasts a raft of extras overseen by director Quentin Tarantino, while Sony continues to innovate with its BD Live feature, Movie IQ, which enables the viewer to glean further film trivia on screen while watching the film. It will appear on the Terminator Salvation disc, due for release this quarter. Fox will be launching its key titles ― led by X-Men Origins: Wolverine ― in triple-play editions consisting of a digital copy, a DVD copy and a Blu-ray, for what marketing director Mark Horton calls the “ultimate viewing experience”.

The mere fact five majors could so willingly agree to co-operate highlights Blu-ray’s significance to the studios. “It’s exceptionally important that Blu-ray happens,” says Charles Fotheringham, HMV’s head of video. “It’s essential we put some value back into the market. But the line-up [this quarter] is brilliant.”