Mea Maxima Culpa: Silence In The House of God 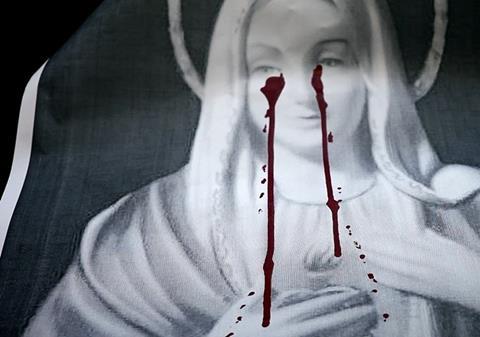 With the stories of several deaf men in Wisconsin who were sexually abused as children by their priest in the 1970s, documentary-maker Alex Gibney finds a particularly powerful and resonant anchor in which to investigate the injustices perpetuated by the Catholic Church. Indeed, what better way to highlight the Vatican’s appalling culture of silence than by following an opposing group of people who cannot talk?

Mea Maxima Culpa – which translates as “my most grievous fault” in Latin - presents a well-constructed and poignant argument, full of outrage and ample evidence, about the heinous crimes and cover-ups that have taken place in the Catholic Church.

Fortunately, Gibney, an Oscar-winner for Taxi To The Dark Side and maker of Enron: The Smartest Guys In the Room, never belabors the cruel irony that he has employed to structure the documentary. Successfully balancing the intimate stories of the deaf men with a wider, investigative expose of global proportions, Gibney has made a powerful and affecting film, which could galvanize audiences, both theatrically in limited release as well as TV outlets around the world. (HBO will broadcast it in 2013.)

There is another more rhetorical reason for focusing on the story of Milwaukee priest Father Lawrence Murphy, and the alumni of the St. John’s School for the Deaf who fought to expose him: According to the documentary, their struggle, which began in the mid-1970s, is the first known public protest against clerical sex abuse in the United States.

Initially, Gibney tells a story that may be familiar to audiences: A respected Catholic priest fondles young boys in a closet and skulks through the dormitories at night, looking for his latest prey. While brief reenactments may come across as hackneyed, Gibney makes the effective choice of displaying the deaf men, now well into their middle age, use sign language to tell their stories. Each movement, slap and turn of their hands seems to pop on the soundtrack, reinforcing their feelings of disgust, anger and frustration, as actors (Jamey Sheridan, Chris Coope, Ethan Hawke and John Slattery) speak their words.

Then Mea Maxima Culpa broadens the scope of its argument, examining the ways in which Murphy’s superiors protected him, from the Milwaukee Bishop all the way up to the highest levels of the Vatican. Gibney interviews several credible experts, including former Benedictine monks, Richard Sipe and Patrick J. Wall, who testify to the disturbingly wide prevalence of abuse cases, and the ways in which they were continually whitewashed, creating a system that “protects, defends and produces sexual abusers,” according to Sipe.

The film also presents a fascinating glimpse into the Servants of the Paraclete, an official Catholic organisation devoted to counseling clergy with pedophilic pasts, as well as addresses Ireland’s most significant Catholic sex abuse case, involving a priest who impersonated Elvis and molested hundreds of boys, and yet, was kept from criminal prosecution for years.

Even the current Pope Benedict the 16th isn’t immune from the film’s investigation.  Despite the Pope’s claims that the sex abuse scandals were a surprise to him, Gibney reveals that, as a Cardinal, he headed up a Vatican council that oversaw the entire history of child sex abuse in the Catholic Church, dating back over 1,000 years.

Mea Maxima Culpa – which translates as “my most grievous fault” in Latin - presents a well-constructed and poignant argument, full of outrage and ample evidence, about the heinous crimes and cover-ups that have taken place in the Catholic Church. Or as Rev. Thomas Doyle, a Catholic lawyer, chillingly notes in the film, it’s “far worse than a conspiracy; it’s a policy of secrecy.”