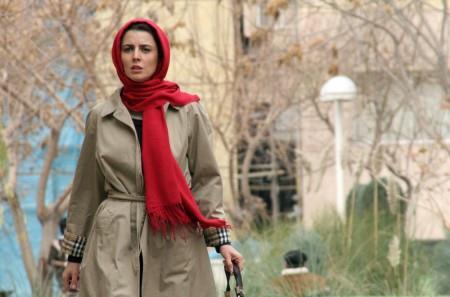 A wisp of a relationship comedy spun around comic shtick with auniversal bent, Meeting Leila (Ashnaee Ba Leila) marks a low-key but promising feature debut for multiple-hyphenate Adel Yaraghi. Yaraghi, who co-wrote the screenplay with his mentor Abbas Kiarostami, stars opposite A Separation actress Leila Hatami as Nader, a chain-smoking ad exec who enjoys puffing through two packs a day but promises to give up cigarettes before their wedding.

Hatami had filmed A Separation but it had not yet been released when Yaraghi wooed her with this script and a look at his 20-some short films to co-star in his first feature.

Kicking a habit he loves proves extremely challenging for Nader, whose determination is undercut by the fact that his creative process is interwoven with his malodorous addiction.

The humour is mild but steady, starting with the opening scene in which sleeping Nader’s mobile phone buzzes a wake-up alarm but his arm’s priority is reaching for a pack of Camels and extracting a cig before silencing the insistent phone.  Lathered up to shave in the shower, he continues smoking by balancing his lit cigarette just outside the shower stall. The humour is visual, the compositions striking, employing excellent use of a snowy and rainy Tehran.

Nader and Leila, each driving a Volkswagon beetle, meet cute on a sleet-covered road when her car stalls and he offers to contact his mechanic. Next thing we know, they’re engaged. She’s a nose at a perfume lab and he’s an idea man for ad campaigns. She has only one condition for tying the knot: She can’t bear the stench of tobacco and wants him to kick the habit once and for all.

Nader enrolls in a residential clinic to quit smoking but finds a way around the strict routine to continue inhaling his nicotine fix. A mug in his kitchen says “Nobody’s perfect” in French and that’s a strong theme throughout the proceedings. Foibles abound.

Highlights include a poetic declaration to an unconventional recipient and a prolonged and escalating argument via mobile phone while Nader paces through a glassware shop jam-packed with easily shattered items.

Hatami had filmed A Separation but it had not yet been released when Yaraghi wooed her with this script and a look at his 20-some short films to co-star in his first feature.  Her beauty and his relative ordinariness make for an unlikely couple, but Nader is likeable enough to seem like adequate if perhaps not ideal husband material.

The film has a pronounced shot-on-video look. In case you were wondering, it’s surprisingly difficult to flush a cigarette lighter down the toilet, at least in Iran.