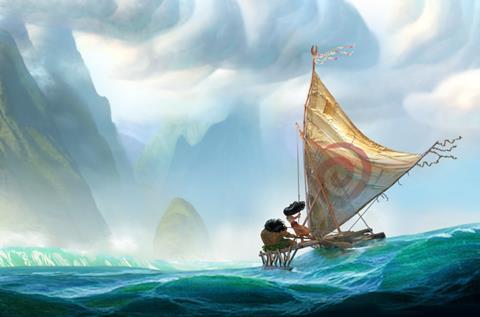 Holding firm at number two was Warner Bros’ Fantastic Beasts And Where To Find Them, which added $18.1m for $183.1m after three weekends.

Jackie, Fox Searchlight’s awards contender directed by Pablo Larrain starring Natalie Portman as Jackie Kennedy in the days immediately before and after the assassination of President Kennedy, scored an excellent debut.

Heavyweight wards contenders Manchester By The Sea both fared well. The former climbed two places to number 11 in its third session through Amazon Studios’ theatrical distribution partner Roadside Attractions and expanding by 108 to 156 venues. A $2.3m weekend boosted the early running total to $4.3m.

Two other strong awards candidates are also in the early days of promising box office runs. Loving swapped places withManchester By The Sea and amassed an early $5.6m after five weekends through Focus Features. Stablemate Nocturnal Animals at number 16 has grossed $2.7m after three sessions.

Overall the top 12 combined for $87.6m, marking a 49.6% drop on last weekend and a 2.5% fall against the comparable session in 2015, when The Hunger Games: Mockingjay – Part 2 held on to pole position in its third weekend.