Akiva Goldsman among writers and executive producers on Titans. 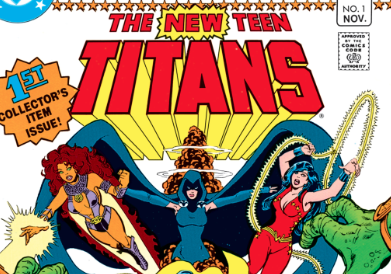 The direct-to-consumer platform will air exclusively two series in development from Warner Bros Television and DC Entertainment – the all-new Titans and the third season of Young Justice: Outsiders.

Goldsman, Berlanti and president and DC Entertainment president and chief creative officer Johns will write the series from Weed Road Pictures and Berlanti Productions in association with Warner Bros. Television.

Warner Bros Animation’s Young Justice: Outsiders aired its first two seasons on Cartoon Network, before it was cancelled in 2013. The third season of the popular Young Justice series is ramping up for its first mission on the new direct-to-consumer platform next year.

Titans follows a group of young soon-to-be super heroes recruited from every corner of the DC Universe. In the action-packed series, Dick Grayson emerges from the shadows to become the leader of a fearless band of new heroes, including Starfire, Raven and many others.

In Young Justice: Outsiders, the teenage superheroes of the DC Universe come of age in an animated world of super-powers, super-villains and super secrets.

In the new season, the team faces its greatest challenge yet as it takes on meta-human trafficking and the terrifying threat that creates for a society caught in the crossfire of a genetic arms race spanning the globe and the galaxy.

Sam Register is executive producer of Young Justice, while Brandon Vietti and Greg Weisman are producers of the series. Phil Bourassa serves as the series’ art director.