Abbas Kiarostami to be honoured at Busan fest

Iranian director, who passed away on July 4, will have a retrospective of his works screened at BIFF. 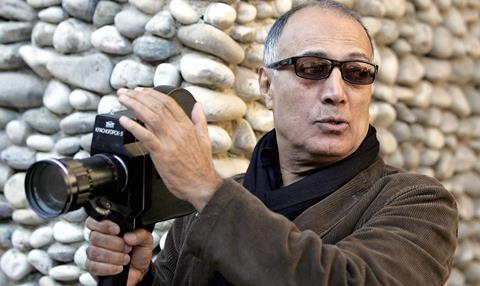 The late Iranian filmmaker Abbas Kiarostami will be named Asian Filmmaker of the Year at the forthcoming Busan International Film Festival (BIFF) (Oct 6-15).

The Palme d’Or winning director of Taste Of Cherry, who passed away July 4, had a “close relationship” with BIFF, said executive programmer Kim Ji-seok.

The auteur’s son Ahmad Kiarostami will accept the award on his behalf at the BIFF opening ceremony on October 6.

“He came to the festival several times, the first being for our second edition in 1997. He was head of the New Currents jury in 2005 and the dean of the Asian Film Academy in 2010. After we opened the Busan Cinema Center, he came and held a workshop that was open to the general public, Kiarostami’s Film School,” said Kim, speaking to Screen.

“From the outside, he looked like a solemn philosopher, but actually when you talked with him he was like a warm neighborhood uncle. I remember how much he loved the galbi and bulgogi [two kinds of Korean barbecue] here and sent several gifts over the years including originals of his photographs, a photograph collection and, for some reason, a cardigan to me,” added Kim.

The retrospective will be accompanied by a forum on his life and works in which his son Ahmad will participate, along with other Iranian filmmakers attending the festival this year.

BIFF is set to announce its full line-up on September 6.

“We’re staking our lives on the preparations,” said Kim.

“The filmmakers’ boycott issue was the greatest blow and we despaired a lot that they didn’t understand our sincerity. Internally, we decided that we should show them our sincerity through how we run the festival this year,” he explained.