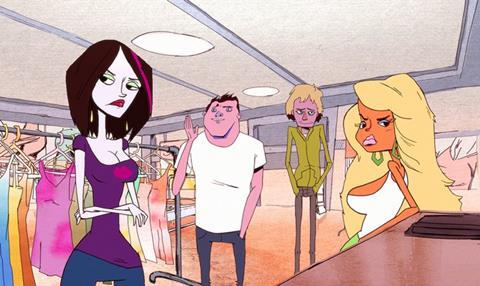 Screen Media International has commenced talks with buyers at AFM on Nerdland, the first feature from US and Canada-based animation studio Titmouse.

Company president and owner Chris Prynoski directed the caper boasting the voice talent of Patton Oswalt and Paul Rudd from a screenplay by Andrew Kevin Walker.

Samuel Goldwyn Films holds US rights to Nerdland and has partnered with event specialists Fathom Events for a nationwide one-night-only screening on December 6. Goldwyn will release on VOD on January 6, 2017.

AKW Worldwide, Pariah and Titmouse produced the film, which premiered at Tribeca and centres on two slacker best friends who decide to become famous by the end of the day, whatever the cost.

The pair enlist the support of their friends and embark on a trail of attention-seeking stunts in Los Angeles - only to witness a high-profile crime. The cast also includes Hannibal Buress, Riki Lindhome and Kate Micucci.

Senior vice-president of worldwide acquisitions Seth Needle brokered the deal with UTA on behalf of the filmmakers.