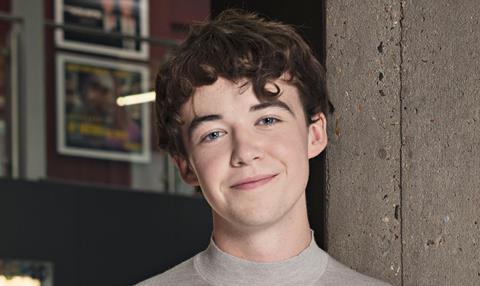 Lawther joins Andy Nyman (The Commuter), reprising his role as Professor Goodman, alongside Paul Whitehouse (Alice in Wonderland) and the previously announced Martin Freeman (The Hobbit).

Principal photography began on the film last week and is scheduled to last for a total of five weeks in Yorkshire.

The film is co-written and directed by Jeremy Dyson (The League of Gentlemen) and actor Andy Nyman, who co-wrote and directed the original stage production, which broke box office records when it opened at the Liverpool Playhouse and Lyric Hammersmith before transferring to the West End’s Duke of York’s theatre and later worldwide.

Nyman discussed the film on a panel chaired by Screen earlier this year.

The thriller tells the story of a psychology professor whose rationality is tested when he receives a letter from beyond the grave. As he investigates, he meets three haunted people, each with a tale more frightening than the last.

Ghost Stories is produced for Warp Films by Claire Jones (Sightseers) and Robin Gutch (’71) and is backed by Catalyst Global Media and Screen Yorkshire.

Altitude Film Sales, currently at the American Film Market, is handling worldwide sales. Lionsgate will distribute the film in the UK/Ireland.