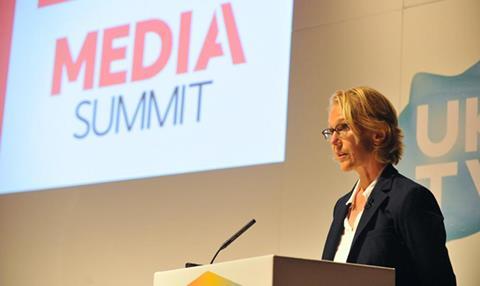 “We have two or three start-up conversations we’re having with our owners, and we have another couple of acquisitions we’d dearly like to complete in the next few months. They [joint owners Discovery and Liberty Global] are being very supportive of those,” she said.

The Neal Street takeover represented All3’s first straight acquisition since it bought Optomen and One Potato Two Potato for £40m in 2010.

On the day ITV took full control of Poldark producer Mammoth, Turton talked up the benefits of consolidation:

“When you look at the investment case it’s about IP, people and long-term growth. Our investors have a long-term horizon. Their understanding of content and media is good. We speak the same language.

“Wherever money comes from is a fundamentally good thing. That money will be used to invest in British production and employ more people. That has to be good.”

She added: “From the data I have found 30% of the UK production sector revenue now comes from outside the UK.”

While the UK tax breaks and a growing number of co-productions are key to strengthening UK companies, emerging format-hungry markets such as China - where All3 has five shows on air - are also key to growth, Turton said.

“The audience numbers are mouth-watering. Our US format Are You Normal sold to Chinese VOD platform Tencent and delivered 330m views over the 10-episode series. 45% of those people watched on mobile or tablet,” she explained.

“A polite message to John Whittingdale: hands off the terms of trade, they work so leave them alone…Also, we’d like the BBC to be as open as possible to the independent sector as a buyer of our programmes. The more we can sell in this country the better. We like competition.”