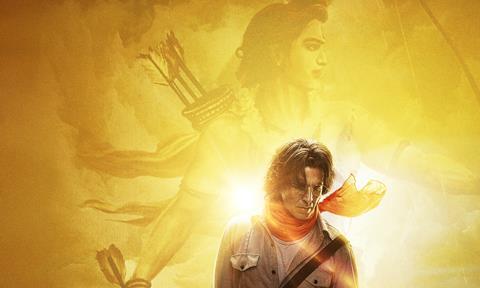 Directed by Abhishek Sharma, the film is produced by Amazon with India’s Cape of Good Films, Abundantia Entertainment and Lyca Productions. Jacqueline Fernandes and Nushrratt Bharuccha are also starring in the mythological epic, which has Dr. Chandraprakash Dwivedi on board as creative producer.

Amazon said in a statement that it would stream the film in India and in more than 240 countries, “following its theatrical release”.

“Stories that are entrenched in Indian soil have often found an audience not only in India but across the world, and we are delighted to further take a step into co-producing by collaborating with a film that highlights our Indian heritage,” said Amazon Prime Video India head Vijay Subramanium.

Amazon has been an active producer of Indian series such as Made In Heaven, Paatal Lok and Breathe, but this marks the first time the streamer has co-produced an Indian film. Netflix, which along with Disney+ Hotstar is its major competitor in India, has been actively producing Hindi and other Indian-language films for the past few years.

Amazon also acquires a wide range of Indian films, mostly recently Toofan, directed by Rakeysh Omprakash Mehra and starring Farhan Akhtar, which will premiere on the service from May 21.