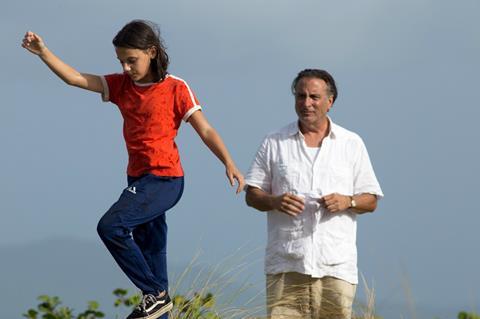 Gravitas Ventures has picked up US rights to the comedy-drama Ana starring Andy Garcia, Dafne Keen and Luna Lauren and has set a January 2020 theatrical and on-demand release.

Charles McDougall (BBC’s The Secret Agent, NBC’s The Office) directed the story about an auto dealer facing bankruptcy during the recession in Puerto Rico who discovers a nine-year-old girl sleeping in the back of one of his cars.

When the pair embark on a journey across the Caribbean island to find Ana’s father, they face an expedition filled with mystery and danger. Gravitas Ventures has set a January 3, 2020 release date.

“This is a very dear project for us about an island, a girl, a father figure and this amazing journey of self-discovery,” said Ruiz. “We were very fortunate to get two brilliant actors, Andy and Dafne, whose chemistry shines on screen. They give incredible depth to this unlikely duo. It was completely filmed in Puerto Rico by Puerto Rican crew and the result is fantastic.”

“Charles has crafted a vibrant road movie, bolstered by the lively rapport between Dafne and Andy, that the whole family can enjoy,” said Gravitas Ventures vice-president of acquisitions Tony Piantedosi.

Piantedosi negotiated the deal with James Norrie of AMP International.