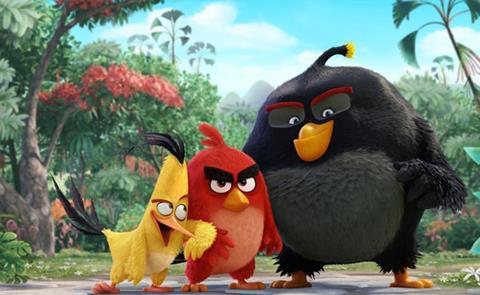 The Angry Birds Movie flew to the top of the Chinese box office in the week of May 16-22.

Sony’s animated adaptation of the bestselling mobile app game soared to $30.05m from its first three days. Its opening day of $8.14m on Friday was almost as big as its US debut; it was also China’s biggest opening day for an imported animation in 2016.

After ruling the weekly chart for two weeks, Captain America: Civil War was relegated to the second position with $22.29m. Currently Disney’s third highest grossing film ever in China, it has now amassed $177.67m after 17 days.

Night Peacock opened in seventh with $3.81m from its first three days. The Chinese-French co-production is a romance drama by Balzac And The Little Chinese Seamstress director Dai Shijie and starring Liu Yifei and Liu Ye.

The local box office hit rock bottom on Wednesday and Thursday, making a record new low for 2016. Alice Through The Looking Glass, scheduled for May 27, is expected to lift takings. Murder At Honeymoon Hotel and Witch Doctor will open on the same day.