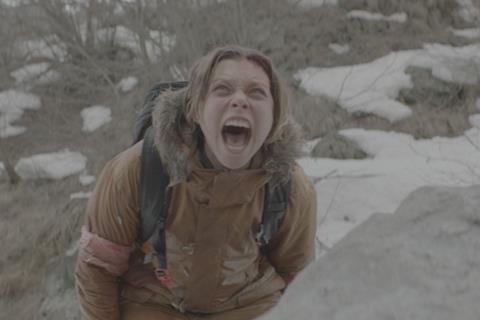 Ivana Sakho in ‘Let It Snow’

After a busy summer of sales on survival thriller Let It Snow, Arclight Films has locked in another key deal for the UK, Australia and New Zealand.

Grindstone has set a September 22 North American VoD release on Let It Snow, which stars Ivanna Sakhno (The Spy Who Dumped Me, Pacific Rim: Uprising) as a snowboarder who gets separated from her fiancé and must battle nature and a masked snowmobile rider out for blood.

Alex Hafner (Submergence, The Counselor) and Tinatin Dalakishvili round out the key cast on the Solar Media production. Kapralov co-wrote the screenplay with Omri Rose.

Solar Media’s Serge Lavrenyuk served as producer and the executive producers are Yan Fisher and Roger Corbi of FishCorb Films, the producers behind Papillon starring Charlie Hunnam and Rami Malek, as well as Marianna Novikova.