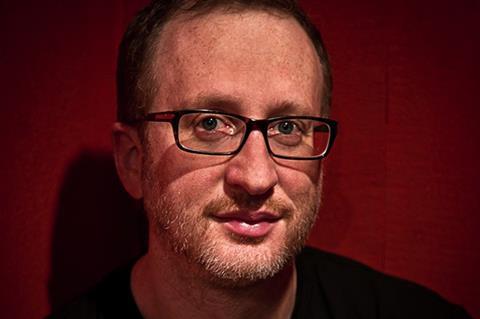 Artists must “pose questions, illustrate and shine a light” instead of providing answers, according to Armageddon Time director James Gray today in Cannes.

Speaking at the press conference for his Competition title, Gray said: “I actually have no idea how to solve issues of inequality, of class. You have to just put it out in front of the audience and hope that they can make connections for themselves. Joseph Goebbels thought he had an answer; I don’t feel that’s what our job is as creative people.”

Armageddon Time is a personal film for Gray – a coming-of-age story about growing up in Queens, New York City in the 1980s.

“It’s our job to do two things only: work hard and take risks,” continued Gray. “That is all you can do. I did ask [the cast] to take risks, to have that kind of psychological impact. [The film] is dark – but they’re artists, they want to be artists. It’s their job.”

The filmmaker also discussed the perils of capitalism at length, saying “I think we’re in serious trouble today, don’t you? Take a look at the world. How did we get here where there’s like two people who own everything, there are a bunch of authoritarians who are trying to take over.”

Gray’s films are all standalone dramas; he is yet to work in the franchise realm, and criticised society’s over-reliance on repetition. “We used to think of franchises as McDonalds and Burger King; now we talk about it as cinema,” said the director.

Structures of racial privilege are a continuing problem, he said. “It’s impossible to look at the world as currently constructed and not see white privilege as one of the guiding mechanisms in existence.”

Gray was joined by his Armageddon Time cast, including Succession star Jeremy Strong, and Anne Hathaway, who play versions of Gray’s own parents in the film.

As Gray did at yesterday’s premiere, Hathaway shed a tear when discussing her mother-in-law, who passed away recently, and like Gray’s parents was Jewish. “We spoke a great deal about what it would mean for our family,” said the actress. “Her legacy influences my life in profound ways – that’s why I’m so grateful to cinema.”

Strong said he leaves each project he works on in a separate mental box; but acknowledged shared themes between Armageddon Time and the hit HBO show that has boosted his career.

“Succession is about late-stage capitalism in the United States,” said Strong. “Certainly you can find the genome of that in this film.”

Focus Features bought Armageddon Time for the world in a $15m deal back in 2020.