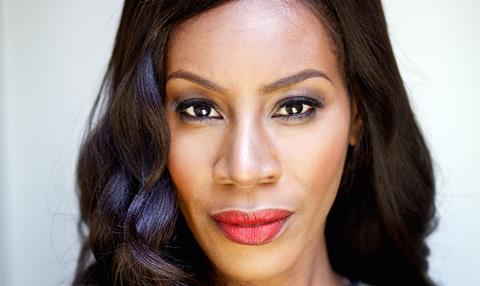 British director Amma Asante (Belle, A United Kingdom) has told Screen that she feels the time may be right for affirmative action to address the issue of gender disparity in the UK film industry.

Her comments come in response to the newly published Directors UK report ‘Cut Out of the Picture: A study into the gender and inequality amongst directors in UK film’, which suggests targeted policy changes are needed.

“Huge kudos to Directors UK, and I understand why they are being so proactive,” says Asante, who has previously expressed concerns about the introduction of quotas but welcomes the report’s recommendations for gender parity targets in public funding.

“I’ve always wanted the feeling that I’m in the room because I deserve to be there but totally understand that, for many women, time may be too short to sit there and wait for change to come.

“We have to dismantle this idea of a default existence. One story must not be allowed to dominate,” continues Asante, pointing to her own experiences with decision makers who can’t see past the ‘straight white male default’.

“My issue is that, as a woman of colour, lots of people want to talk. Often I will have gatekeepers who engage with me. They will take me out for a cup of coffee or dinner, talk about my next project. But the moment I put those projects forward, somehow they don’t quite fit into the box.”

“Don’t pat yourself on the back because you’ve chatted to lots of women about their projects, pat yourselves on the back if you’ve actually managed to bring some of those projects into fruition,” she continued.

While the issue of diversity is continually debated, Asante feels the time has come to move from words to meaningful action.

“I hope with all my heart that this report does make a difference, but only time will tell. Diversity has become the buzzword of the industry, but if there’s isn’t a will to take up good suggestions that come out of solid research, then what has all this been about.

“If we do change, we might have a different landscape on our hands in terms of the type of projects that audiences have access to, and I’m sure audiences want more diversity. We need a more equal and fair industry. Shame on us if we don’t get one.”