Asian Shadows picks up Rotterdam title ‘All About My Sisters’ (exclusive) 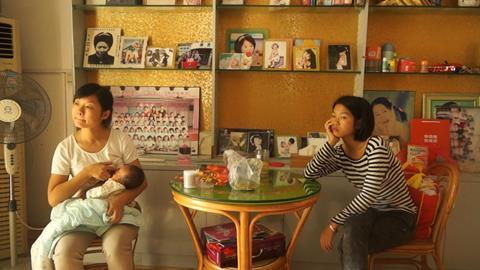 All About My Sisters

Asian Shadows has picked up international rights to Wang Qiong’s documentary All About My Sisters, which is receiving its world premiere at International Film Festival Rotterdam in the Bright Future section. The Hong Kong-based sales company has also picked up If Only Trees Could Talk (Sikaisal), directed by India’s Bobby Sarma Baruah.

All About My Sisters is the debut feature-length film of Chinese director Wang, a documentary filmmaker and photographer currently based in Philadelphia. The film has already been acquired by the dGenerate Films Collection of Icarus Film for North American distribution.

Wang spent seven years filming her family for the documentary, exploring issues such as gender, sex, birth control and political power over women’s bodies. The film follows her younger sister, whom her parents attempted to abort due to China’s one-child policy and other complex issues, but who survived the lethal medical injection and was later adopted by her uncle.

“Every day on my way to primary school, I would see in a creek newly aborted foetuses: downy, deathly white. Aborting female foetuses, unconstrained by any kind of law, had become almost standard practice,” said Wang. “The impact, even today, has been the profound disruption of the basis of traditional Chinese culture and society: the family.”

Wang is currently working on her second and third feature-length documentaries, Island and The Last Nail, part of a tetralogy exploring birth, death, illness and the force of aging, which are classified as the four major stages of life according to Buddhism.

Currently in post- production, If Only Trees Could Talk was the recipient of a special mention in the Work-in-Progress Lab at the 2020 edition of India’s Film Bazaar. It is the fourth feature film of Baruah, whose films focus on the indigenous folk culture, myths and rituals of Northeast India.

Inspired by Baruah’s research on the Tiwa community, the narrative feature follows a primary school teacher who fights to keep his school running following his retirement. When a replacement teacher doesn’t show up, he travels to the big city to find out what is happening.

The film is is produced by Baruah’s Imaging Media, with Baruah in the role of director, producer, screenwriter, DoP, make-up artist, costume designer, casting and production designer. Her 2018 film The Apparition (Mishing) won the Silver Lotus Award at India’s 66th National Film Awards.

“What made us fall in love with If Only Trees Could Talk is its ability to take us into the reality of this little village’s daily life. There are no actors here, each character plays himself/herself and gives you a feeling of extreme closeness to the people and the situations they are living in,” said Asian Shadows head of sales and acquisitions Maria Ruggieri.