‘Avatar: The Way Of Water’ overtaking ‘Top Gun: Maverick’ to rank as top international release of 2022 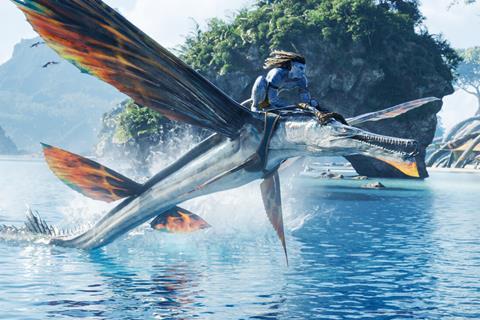 After 15 days in release Avatar: The Way Of Water reached $1.1bn at the global box office on Wednesday following a $70.4m haul.

James Cameron’s action fantasy sequel to his 2009 behemoth – Avatar remains the highest grossing global release in unadjusted terms on $2.92bn – brought in a further $20.4m in North America on Wednesday to boost the tally to $337.8m. Box office has been impacted significantly by the fierce winter storms across parts of the US and Canada.